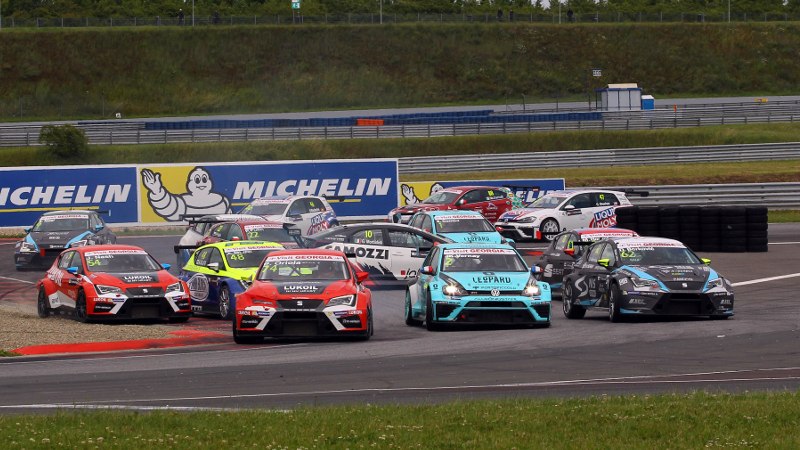 A TCR UK Series could be set to take place as early as 2018, with TCR promoter Marcello Lotti having been in discussion with a number of possible promoters in Britain.

Whilst Lotti initially said that the UK was not on his radar when he first launched the TCR concept just over three years ago, the success of the category, both nationally and internationally, has prompted enquiries to come in from established markets.

With hundreds of TCR cars now available on the market, and countries such as Germany enjoying a strong entry, attention is beginning to turn to the UK.

TouringCars.Net understands that Lotti has been in discussions with two possible promoters in the UK, one of whom has been involved in running a BTCC team and the other being Motorsport Vision Racing.

Speaking with TOCA boss and FIA Touring Car Commission President Alan Gow recently, TouringCars.Net posed the question as to whether the man at the helm of the BTCC saw TCR as a possible option for the UK market. Gow replied that there was already a ‘saturated’ UK motorsport market and that he thought TCR was not necessary.

A recent leaked document from a Chinese promoter online suggested that TCR UK could take place as early as 2018, although discussions are still ongoing regarding the potential series.

Any possible UK promoter would have to be fully on board, with TCR and stakeholders keen to ensure that the business is adequately protected. The recent withdrawal and non-homologation for certain car brands is one part of the protection of the TCR concept.