Josh Files closes on championship lead with race one win 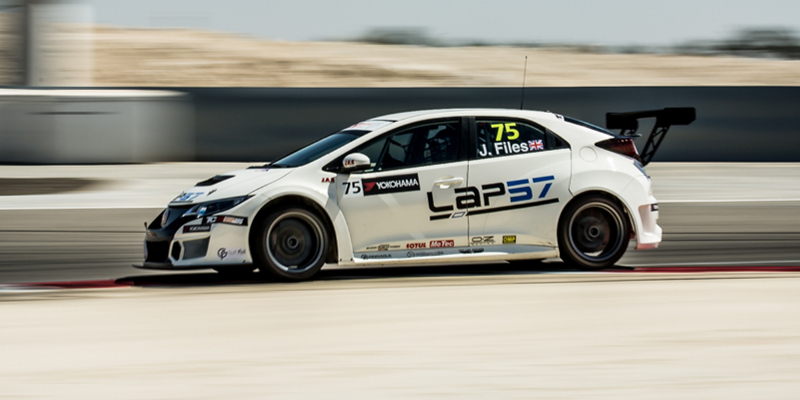 Josh Files closed to within two points of the championship lead, after the Brit took victory in race one of the season finale of the TCR Middle East Series in Bahrain.

The small five-car grid was reduced to four when Mulsanne Racing’s Davit Kajaia pulled into the pits at the end of the formation lap, with a problem on his Alfa Romeo Giulietta TCR.

After an initially aborted start, it was Files who led through the first few turns ahead of Liqui Moly Team Engstler’s Luca Engstler, although the Brit nearly threw away his initial lead half way around the opening lap with a huge slide.

In the end, Files went on to regain hisa composure and open up a healthy lead, winning the race with ease as the Volkswagen cars behind him scrapped for position.

Championship leader Brandon Gdovic was third for much of the race behind team-mate Engstler, but the American made a move on the young German with just a handful of laps remaining and passed down the inside into Turn 9 to ensure he remained ahead of Engstler in the championship standings.

Italian Giacomo Altoè was a distant fourth after stopping with two laps to go, whilst Kajaia never rejoined the race due to his technical issues.