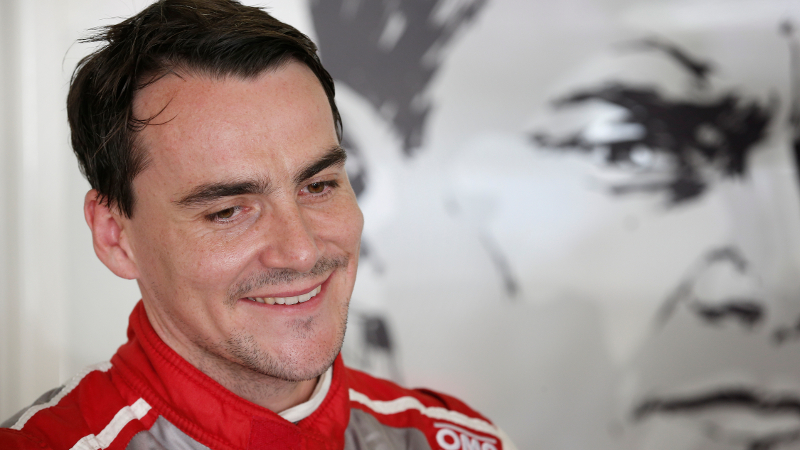 Michelisz finished fourth overall in the 2016 WTCC standings, just one point behind team-mate Tiago Monteiro, in his first season as a factory-backed driver.

With the dominant Citroën having pulled out for 2017, and Honda embarking on an extensive pre-season testing programme in Aragon in Spain, Michelisz believes that a shot at the title in 2017 is a realistic target.

“I was quite confident already in November and December with the updates that were coming,” said Michelisz. “The potential of the car is there; we just have to exploit it and I’m sure we will do that.

“The target was not to exploit maximum performance now; it was just about seeing how all the new parts are working and if they are a good combination. Then we have many more test sessions coming where we can focus on performance rather than reliability.”

Michelisz hopes that continuity within the JAS Motorsport-run Honda team will aid him in the coming year, after he had to learn a new team and new personnel in 2016, having previously raced with the independent Hungarian Zengő Motorsport outfit.

“Now it’s a bit easier than at the beginning,” added the 32-year-old. “I knew some people from testing previously with Honda in 2015, but on a race weekend you have to work with a new engineer and new mechanics, and there are not the familiar faces. To work together with them in testing is different to a race weekend where you have the pressure, where you have to perform.

“It’s a different environment and I have to say I really enjoyed working with JAS and Honda. They were always kind enough to understand it was a new situation for me and I got the support I needed.

“With the information from last year and knowing the team like I do now, we can form a stronger package for next season. I expect from the first moment to put in 100 per cent.

“Last year, especially at the beginning of the season, I was a bit affected by the new environment because it was a huge responsibility for me to work with Honda as a factory driver.

“Nice and difficult times have to be experienced to form a strong package. I really enjoy working with the people, not only because they are kind but because we understand each other 100 per cent.”

Michelisz was slightly coy on his title prospects, believing that with the same approach to the current season as in 2016 that he will end up in contention come the end of the year.

“I am always afraid of being too confident before the start of the season. Now it’s really important to keep the head down, to work in the same rhythm, with the same kind of approach we did last year. If we do that we will be a very strong contender for the title.

“There is still a long way to go with the development parts we have before the first race in Marrakech. I have to give 100 per cent to be ready for then, to be able to fight for the world championship.

“With the current information I have, if everything goes like we planned we could have the chance to fight for the title.”