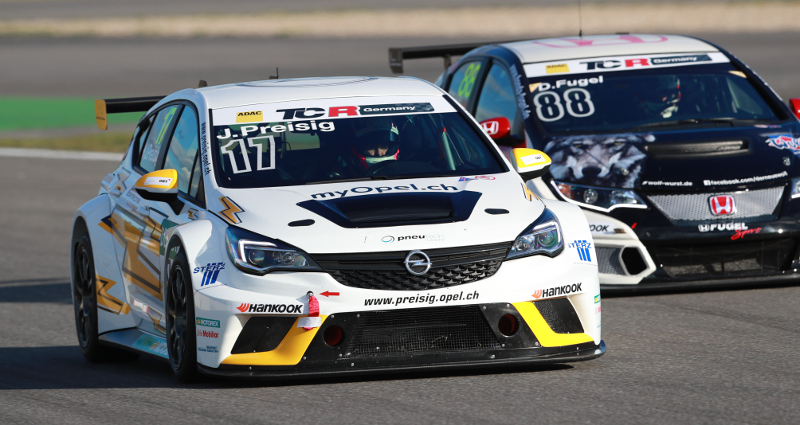 The Thuringia, Germany-based team entered the tail end of the 2016 TCR Germany season, fielding an Opel for Preisig in the races at the Nürburgring, before returning in the Hockenheimring season finale with Mike Beckhusen joining the team.

For 2017, 24-year-old Swiss racer Preisig will continue with the team, whilst being joined by 26-year-old German Calcum. The team are currently looking for a third driver for the forthcoming season.

“Our team is proud to go with Opel Motorsport, and we are very well positioned with Jasmin Preisig and Dino Calcum,” said Team Manager Mirko Lubner.

“We also have another driver’s seat in an Opel Astra TCR, our own car, which was in the season finale in 2016 and is still unoccupied. It would be great if we could still find a driver for the 2017 season.”

“We are convinced that we will surprise so many people.”

Calcum is the reigning Renault Clio Cup champion for Central Europe, having dominated the series last year, and graduates to TCR for 2017.

Preisig achieved a best finish of 12th in the 2016 season when she finished just ahead of team-mate Beckhusen in the last race of the year.

Lubner Motorsport have a long-standing relationship with Opel, having previously competed with the marque in the Opel Astra OPC Cup as part of the VLN championship.