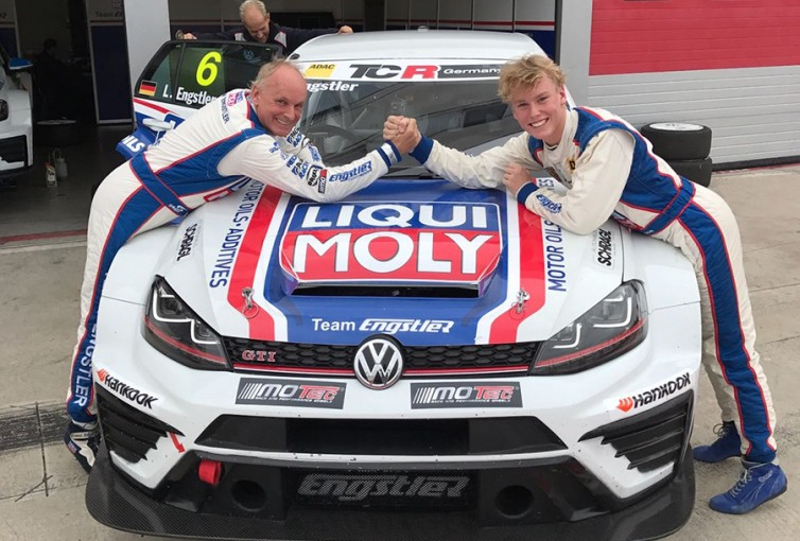 The 16-year-old, who doesn’t turn 17 until next March, recently took part in the Liqui Moly driver assessment for TCR at the Adria International Raceway in Italy.

Six young drivers were given the chance to test one of the team’s TCR cars, and the young Engstler is the first to have been announced as a driver for 2017.

“The two cars completed nearly 3,600 km without any technical problem,” said Team Principal Franz Engstler. “Luca surprised us by being the fastest, which convinced me even further to keep on supporting him.

“We had already given him the opportunity to move up to Formula 4 after three years in karting. In the two latest seasons of single-seaters we have seen that he has grown up well, becoming good enough to test a touring car. In Adria he was absolutely stunning!”

Team Manager Kurt Treml, who is responsible for the squad’s campaigns in TCR International, TCR Germany and TCR Asia, sees the same promise that Franz has demonstrated for three decades in touring car racing.

“We are absolutely delighted to welcome Luca who represents the second generation of the Engstler family in motorsport,” added Treml. “In him we can see exactly the same genes of his father and we are confident that he will show the same skill.

“As for Franz, besides being the promoter of the ADAC TCR Germany series, he will be also facing the new challenge of supporting Luca and the whole team with his vast experience.”