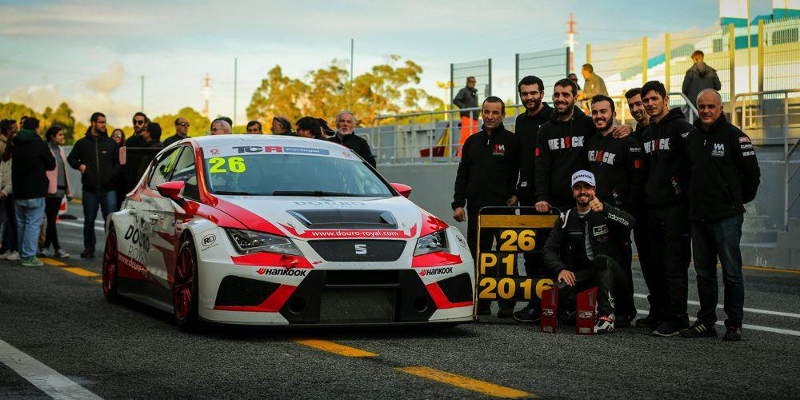 Francisco Mora, the winner of the 2016 TCR Portugal championship, is eyeing a drive in the ADAC TCR Germany Series for 2016.

Mora was in contention for the TCR Portugal Series throughout 2016, heading into the season finale at Estoril last weekend just two points behind leaders Francisco Carvalho and Nuno Batista.

The 20-year-old ultimately took the title when an incident at the start of the day’s four races took out Carvalho, with the car suffering damage that could not be repaired for the rest of the day’s races. As the SEAT was also shared with Batista, it created a clear run to the title for Mora.

Mora went on to win the first, third and fourth races of the weekend to take the title in convincing fashion.

The Portuguese racer has now made it clear that he wants to move on to an even stronger national TCR Series in 2017, eyeing up the German Series as the next step in his career.

“We knew this would be an important race,” said Mora of the season finale. “I had to be consistent and that’s how I drove. We deserve the championship; we scored several pole positions and won races this year.

“I want to congratulate my rivals and thank the people at Veloso Motorsport, and also my parents for helping me to race, as well as all my supporters.

“Next year I would like to compete in the German Series, the budget is very high, but I hope to find sponsors after this victory.”

Mora has also participated in two events of the TCR International Series in the past, competing in both Portuguese events in 2015 and 2016 as well as the Macau season finale in 2015. His best result on those occasions was eighth at the Autódromo do Algarve in 2015.