Colin Turkington: ‘I’ve got nothing to lose’ 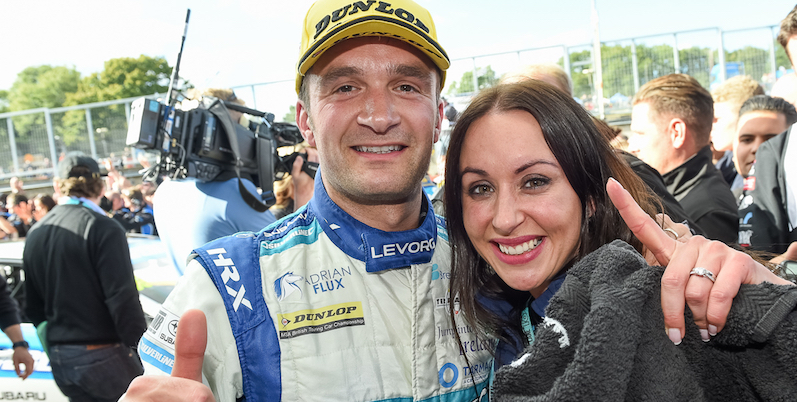 With just one race remaining for the 2016 British Touring Car Championship season, Silverline Subaru BMR’s Colin Turkington is now within ten points of Team JCT600 with GardX’s Sam Tordoff, as the record-breaking season comes to an exciting conclusion at Brands Hatch.

The Ulsterman is the only driver to take two wins in succession on a race weekend, but managed to keep Jason Plato at bay for his fifth win of the year, despite a combination of full success ballast and Dunlop soft tyres.

“You know, obviously I’m in the mix and the balance was a lot more difficult with the weight and the soft tyres,” said the Subaru driver to TouringCars.net shortly after the podium celebrations.

The two-time champion will start race 30 in seventh place, with title rivals Tordoff and Gordon Shedden lining up third and fifth respectively.

Turkington admitted that he had his “work cut out to get this close,” as he started the weekend down in seventh in the standings, but felt that being out in front helped his title chances further.

“Like I’ve said before, it’s a big points swing. Getting to within ten points with the weight was a critical factor. You can manage the weight in race two when you’re in the lead, but in the pack, we’ve seen that its a lot more difficult like it has been all year.”

The 34-year-old explained that having the advantage of pole position allowed him to manage the race from lights out, despite Plato’s best efforts to get past towards the end of the race.

“Yeah it was okay in the beginning, but from mid-race on, it was a bit of a struggle if I’m honest,” he said, admitting that the medium tyre will work in the Levorg’s favour, when it comes to managing with the success ballast.

“Jason was really fast in the middle part of the race and faster than me at that time, and it looks like he took one for the team.

“I’ve got nothing to lose and I’m just trying to enjoy it. The last race always throws up something special.”

When asked about needing to know where his rivals will be out on track when the final race of the year gets underway, it will be more on a need-to-know basis:

“It’s only if there’s something that I really need to know, otherwise its too much of a distraction with how tense things are now when the lights go out.”