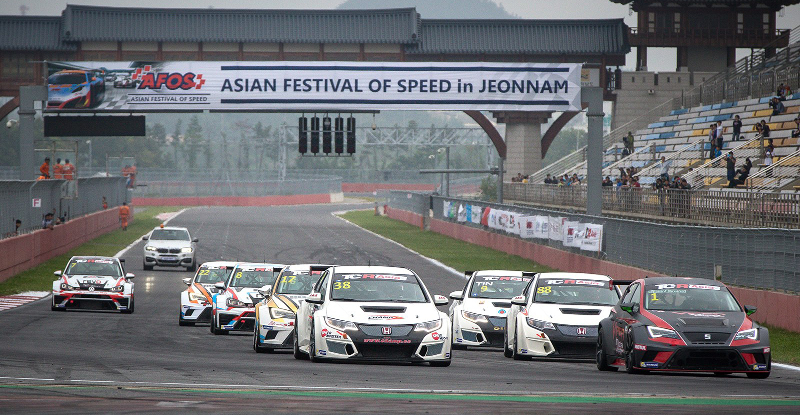 South Korean racer Roelof Bruins and Thailand’s Tin Sritrai shared the victories in the opening round of the TCR Asia Series season at the Korea International Circuit.

Viper Niza Racing’s Bruins took the lead half-way through the opening race when his SEAT León Cup Racer made contact with the Team Thailand Honda Civic of Sritrai, causing the latter to spin out of contention for a podium finish.

The controversial incident was met without penalty for Bruins, allowing him to take a first TCR Asia Series victory ahead of Hong Kong racer Andy Yan, who he caught and passed late in the race, and Champ Motorsport’s Henry Ho.

Sritrai then built up a comfortable lead, whilst Yan took second from Bruins on lap six and then spent the remainder of the race defending his position.

Bruins finished third, whilst Kevin Tse was fourth, improving on his race one result.

The result of the two races mean that Sritrai leads the drivers’ championship on 45 points ahead of Bruins on 41 and Yan on 39.