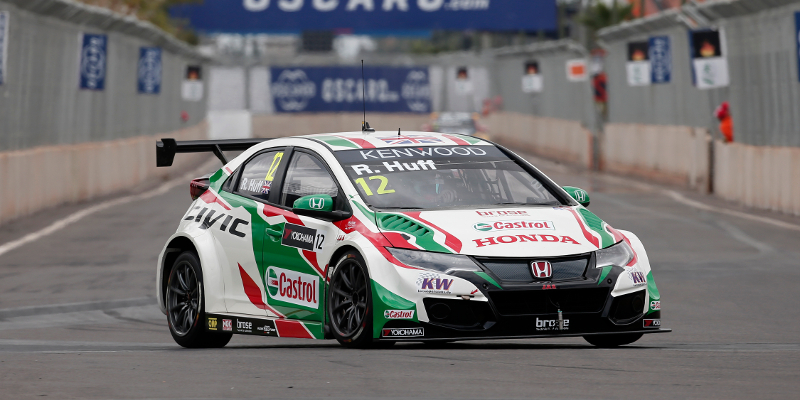 On a heavily revised circuit, Huff was quickest in Civic. His nearest rival López was just two-tenths slower over the new three kilometre circuit.

The new Marrakech asphalt, formerly known as “Monza without the runoffs” has proved to be controversial in its new guise with shorter straights and a narrower track.

Nevertheless the changes mean that times, not only in this test session but in practice and qualifying will be very close as shown by Honda’s Michelisz, whose time was just over one-hundredth of a second slower than Lopez in the dominant Citroën C-Elysée.

Unsurprisingly, due to the nature of the new circuit, most of the quickest times were at the end of the session with pace setters Huff, Lopez and Michelisz setting their quickest times on their 14th, 13th and 15th respective laps.

Looking broadly at the timesheet it will be intriguing to note the strong presence of Honda, three of whom ended the session in the top five, doing well against the Citroëns of López and Muller who controlled the WTCC since the French outfit joined the series in 2014.

Meanwhile, further back the LADAs of Gabriele Tarquini and Nicky Catsburg will be hoping to utilise the proximity of lap times to improve what has so far been a disappointing season for the improving Lada Vesta.