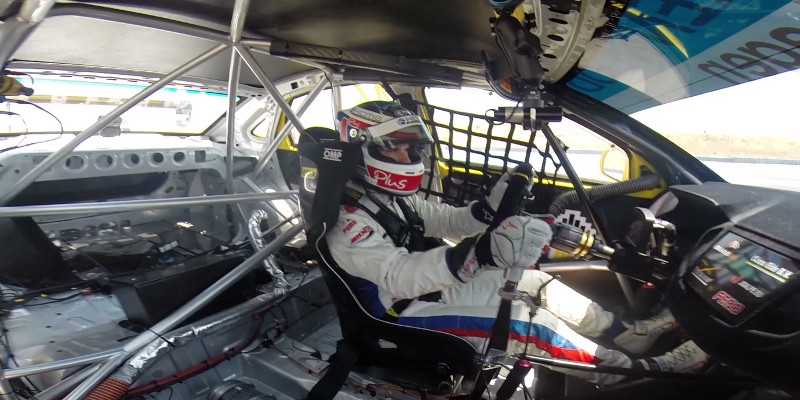 Lapierre, 31, has spent much of his recent career racing sportscars, leading him to a class victory in this year’s Le Mans 24 Hour race at the wheel of an Oreca car in the LMP2 class run by KC Motorsport.

Lapierre raced in single seaters until 2008, winning the A1GP titles in 2005 and 2006, before switching to sportscars for the past seven years.

The Frenchman recently completed a test with LADA at their Magny-Cours base, driving thed car formerly raced by Van Lagen.

“Driving the LADA Vesta TC1 in the FIA World Touring Car Championship is a very exciting challenge for me,” said Lapierre. “I have driven a lot of single-seaters and sportcars, but I’ve never been seated behind the wheel of a touring car.

“Turbo-engined, front-wheel-driven cars are new to me and I had a lot to learn when I initially stepped into the Vesta, but the LADA Sport Rosneft team helped me a lot. I will do my best to learn how to race in the WTCC as quickly as possible and I hope to be able to grab some serious points for LADA Sport Rosneft.”

Lapierre is the sixth driver to race for LADA this season, after former drivers James Thompson and Mikhail Kozlovskiy were replaced by Van Lagen and Catsburg.

LADA thanked Van Lagen for steeping in to the team at such short notice, with the Dutchman having scored a best result of sixth in his ten races with the team this season.