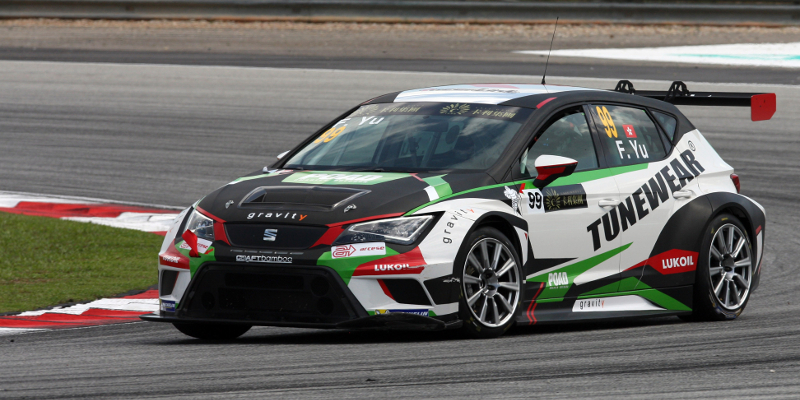 British-Hong Kong team Craft-Bamboo Racing has confirmed that it is to enter the forthcoming TCR Asia Series, which begins in China in mid-August.

Craft-Bamboo Racing has already entered a trio of SEAT León cars into the inaugural TCR International Series and will now expand into the first TCR Asia Series, with the operation being run from its Hong Kong base.

No drivers have yet been revealed for the project, although Frank Yu raced for the team in the first-ever TCR meeting in Malaysia, when the International Series was supporting the Formula One grand prix in March.

Craft-Bamboo Racing CEO Richard Coleman reiterated the team’s belief in the TCR concept, which sees compact front-wheel drive cars with two-litre engines racing against each other.

“Craft-Bamboo Racing is a firm believer in the TCR platform, with the International Series producing some fantastic racing that is adored by drivers and fans alike,” said Coleman. “We hope that the TCR Asia series can follow in its footsteps and give Asia’s motorsport fans an exciting new race series that will help promote the sport of touring car racing in Asia.”

Motorsport Asia CEO David Sonenscher is pleased to be able to welcome a high-calibre touring car team for the series’ maiden season.

“It is great to have Craft-Bamboo Racing involved in the inaugural TCR Asia Series season as they bring with them their solid background from the international series,” said Sonenscher. “Having yet another high-calibre Asian team added to the championship is fantastic and this will provide even more competition, which means even greater racing for motorsport fans.”

Whilst no car has been revealed for the project, it is expected that the teamwill continue to use the SEAT León model which they are racing in the TCR International Series.