‘A dream come true’ for Mat’o Homola in the WTCC 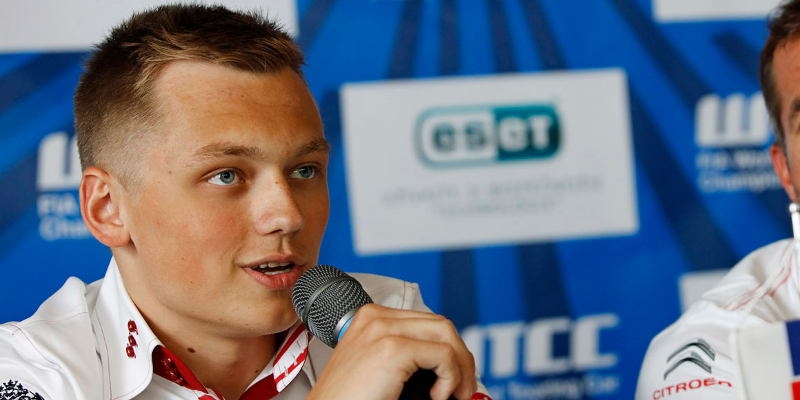 Slovakian racer Mato Homola says it is a “dream come true” to race in his home round of the World Touring Car Championship (WTCC) this weekend in Slovakia, with the 20-year-old driving for Campos Racing.

Homola will make his WTCC début at the wheel of a Chevrolet Cruze run by Campos Racing, and the European Touring Car Cup frontrunner is looking forward to making the step up to the series at his home track.

“I’m really pleased to be here in the WTCC,” said Homola. “I’m very thankful to [Eurosport Events’ COO] François Ribeiro, to my sponsors and my family to achieve my dream because this dream is coming true.”

However Homola will not only be competing in the WTCC this weekend, but the youngster will also continue to compete in the ETCC, meaning a switch between his new steed and his SEAT León Racer which he is campaigning in the ETCC.

“It’s normal – I just go out from one door into another!,” joked Homola of the switching to be made this weekend. “Seriously though I will have to concentrate and learn another car. I’m feeling really good, I’m not nervous. I want to be cool. I will do the maximum result possible and we will see.”

Eurosport Events’ Chief Operating Officer François Ribeiro believes that it is important for a Slovakian driver to be represented in the WTCC due to the importance of the automotive industry in the country.

“Not many people outside of Slovakia know this but Slovakia is the biggest producer of cars per capita and that means 30 or 40 per cent of the families live from the automotive industry,” explained Ribeiro. “We have a circuit, a government for which the automotive industry is very important but we have been missing a local hero.

“I remember one year ago Mato sitting here next to Sébastien [Loeb] and saying it would be a dream for him to drive in the WTCC next year. I said over the winter we would do everything we can to support him and now his dream is coming true.”