The first application of compensation weights in the TCR Europe series will see the Hyundai i30 N TCR compete as the heaviest car at Zandvoort, with 60 kg of ballast.

The weights have been published following the results of the first event at Circuit Paul Ricard earlier in the month.

On the first application of the weights, the amount has been reduced by 50%, but for the next event at Spa-Francorchamps the full amount will be applied based on the results of the first and second events of the season.

The system, which takes into account the fastest lap times of the top two cars for each model, will see the CUPRA TCR as the second-heaviest, followed by the Honda Civic, and then the Audi RS3, Peugeot 308 and Volkswagen Golf, with the latter three sharing the lightest cars.

The CUPRA TCR DSG, being raced by Marie Baus-Coppens, has been handed the maximum of 60 kg compensation weight.

The ballast is added to the Target Racing Weight and the BoP ballast. 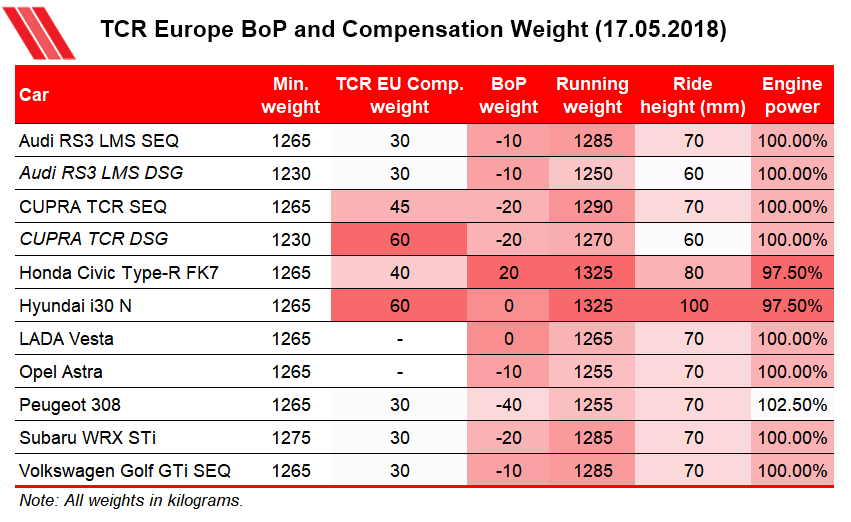