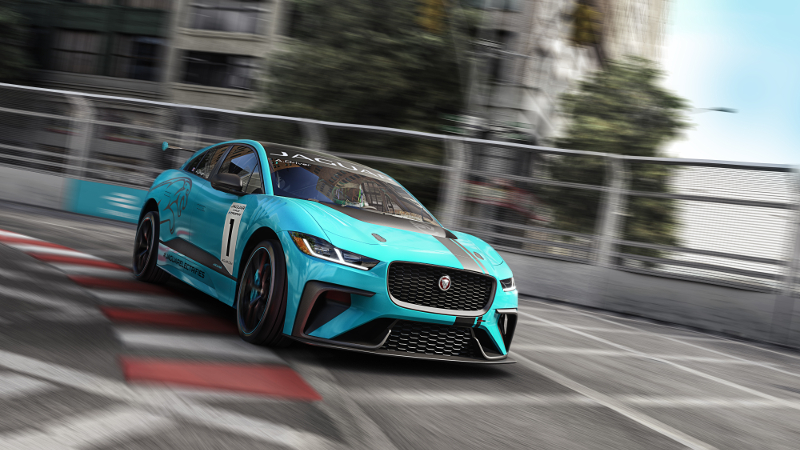 The announcement earlier this week that Jaguar are to début an all-new one-make series in support of the FIA Formula E championship has got us wondering – how long until the world of touring cars gets involved in electric racing?

Whilst not really a touring car – the iPace fits more comfortably into the SUV bracket – the announcement of the series goes to show the importance in having racing championships which are based on production models – which is, in essence, what touring car racing is all about.

The DTM is still reeling over the loss of Mercedes at the end of 2018, and in any case it would be hard to imagine fans of the spectacular, noisy and fire-breathing championship to embrace all-out electrification at this early stage.

That brings us to TCR – which at present appears to be focussed on consolidating its extraordinary success, as well as the steady introduction of yet more national and regional championships and markets for its existing cars, which are the cornerstone of its appeal to teams and drivers.

The importance to manufacturers of going electric

We have already seen in recent months the lengths to which the car manufacturers are willing to go in order to be seen as keeping up with the latest technology.

Electric cars are set to be one of the biggest game-changers in the automotive industry, and car companies are keen to be seen as being involved early on.

Back in July, Mercedes announced their intention to leave the DTM after nineteen years of continuous commitment since the series was resurrected in 2000, with the Stuttgart marque instead deciding to send its resources to joining the Formula E championship in 2019.

The announcement sent shockwaves through the DTM, with potentially only two manufacturers – Audi and BMW – going head-to-head from 2019, unless another brand can be found to join the four-litre V8-engined series.

The problem is evident not only in the DTM, either. It has long been known that the World Touring Car Championship has been seeking additional manufacturers, especially with the sudden withdrawal of both Citroën and LADA at the end of the 2016 season. To-date, no brand has stepped up to the plate.

Things could be further complicated for the WTCC by the fact that Volvo announced in early July that all of its cars would be either partially or completely battery powered from 2019 onwards[1].

It is hard to see the Swedish manufacturer continuing racing its Polestar-branded programme in the future if the engines they are running do not reflect the road-car range.

With Honda also only committed until the end of 2017, and a new Civic already having been released, the future of the two remaining manufacturers in the WTCC is far from certain.

The future of touring car racing

A lot has been said in recent years about the future of touring cars, in particular thanks to the sudden and seemingly unstoppable rise of the TCR series, which adds the UK to its ever-growing list of championships in 2018.

An all-electric TCR-style championship would make a lot of sense, although there are a number of pitfalls with the current way in which the concept operates.

At present, TCR works because it is built around the ethos of manufacturers or appointed car builders producing the racing products in large volumes and then selling the cars to customer teams and drivers to compete, thereby keeping costs down.

Keeping costs down and developing a cutting-edge and exciting electric touring car championship are not two things which are seemingly possible at present. Manufacturers want to be involved in electric racing in order to showcase their technology, as well as be the best out of all the car brands involved.

We have already learned in the past that manufacturers will throw money at racing in order to claim the bragging rights of being the best – a quick look at the manufacturer-dominated Super Touring era of the 1990s will tell us that.

When these factors combine, it can be a monumental task to keep costs from spiralling ever upwards.

Let us not forget how the current TCR concept was born. Back in 2013, SEAT unveiled its latest León Cup Racer. Around eight months later (in January 2014), Marcello Lotti left his role as the promoter of the WTCC.

Looking at the León as inspiration, Lotti went on to create arguably the most successful touring car concept since S2000 and Super Touring a decade earlier, in TCR.

With the roots of TCR in a one-make cup, could the roots of a potential future electric touring car series also lie with a one-make series? Although the technical specifications for the new Jaguar I-Pace eTrophy are not yet known, provided they are sound then there is the potential for other manufacturers to start building cars to similar specifications.

In theory, it wouldn’t, therefore, take long before we could see an electric touring car championship develop in a similar way to that in which TCR got off the ground in the first place.

With such huge investment in electric cars, it is surely only a matter of time until the racing world wakes up to the need for production-based multi-brand electric car racing. Yes, Formula E cars look exciting (Ed: unusual) but they do not reflect the product sold to the consumer at the end of the day.

If Jaguar can deliver a successful one-make series, then we could see the door begin to open for other brands to get involved and a true fully-fledged electric touring car championship develop.