Engstler Motorsport confirmed for TCR Asia and Germany in 2017 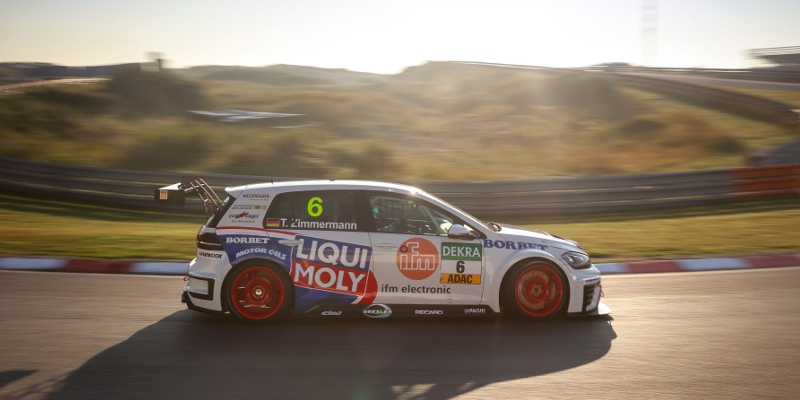 Liqui Moly Team Engstler have already confirmed their participation in the 2017 TCR Asia and 2017 ADAC TCR Germany Series’, with Luca Engstler already announced as one of their drivers.

The team are heavily involved in the German extension of the TCR concept, with team owner Franz Engstler also being responsible for the promotion of the TCR Germany Series.

Consequently, it should come as no surprise to see the team return to the grid next year, with the younger Engstler at the wheel of one of the team’s Volkswagen Golf GTi TCR cars.

Luca Engstler recently took part in an evaluation with the team ahead of the 2017 season, which eventually secured the 16-year-old the drive in his father’s team.

“The feeling in the touring car is just great, I felt very comfortable from the beginning,” said Engstler, who will compete for the Junior category title. “With a competitive car, I can certainly achieve good results.”

For Franz Engstler, he is planning to ensure that the TCR Germany Series gets even stronger in 2017, in combination with the ADAC GT Masters which shares the bill at most race weekends.

“As a promoter of ADAC TCR Germany, we have taken on a great challenge,” said Engstler Sr. “We are particularly keen to make the platform ADAC GT Masters even better for our joint activities.

“I never expected Luca to become a racing driver. It was a slow development and he always took the next steps with him. In my opinion, this is the only way.”

The team also confirmed that their long-standing partnership with German lubricants company Liqui Moly will continue for another year in 2017.

“The collaboration has grown over the years and we are proud to present the Liqui Moly brand in various TCR racing series,” added Engstler.

“With the racing series in Germany and Asia, we are present in the most important regions,” concurred Peter Baumann, Liqui Moly’s Marketing Director. “And with Team Engstler, we also have the right brand ambassador for a long-term, success-oriented collaboration at our side.”

The team have also confirmed their participation in the TCR Asia Series for 2017, although there is currently no announcement as to whether they plan to return to the TCR International Series as well.