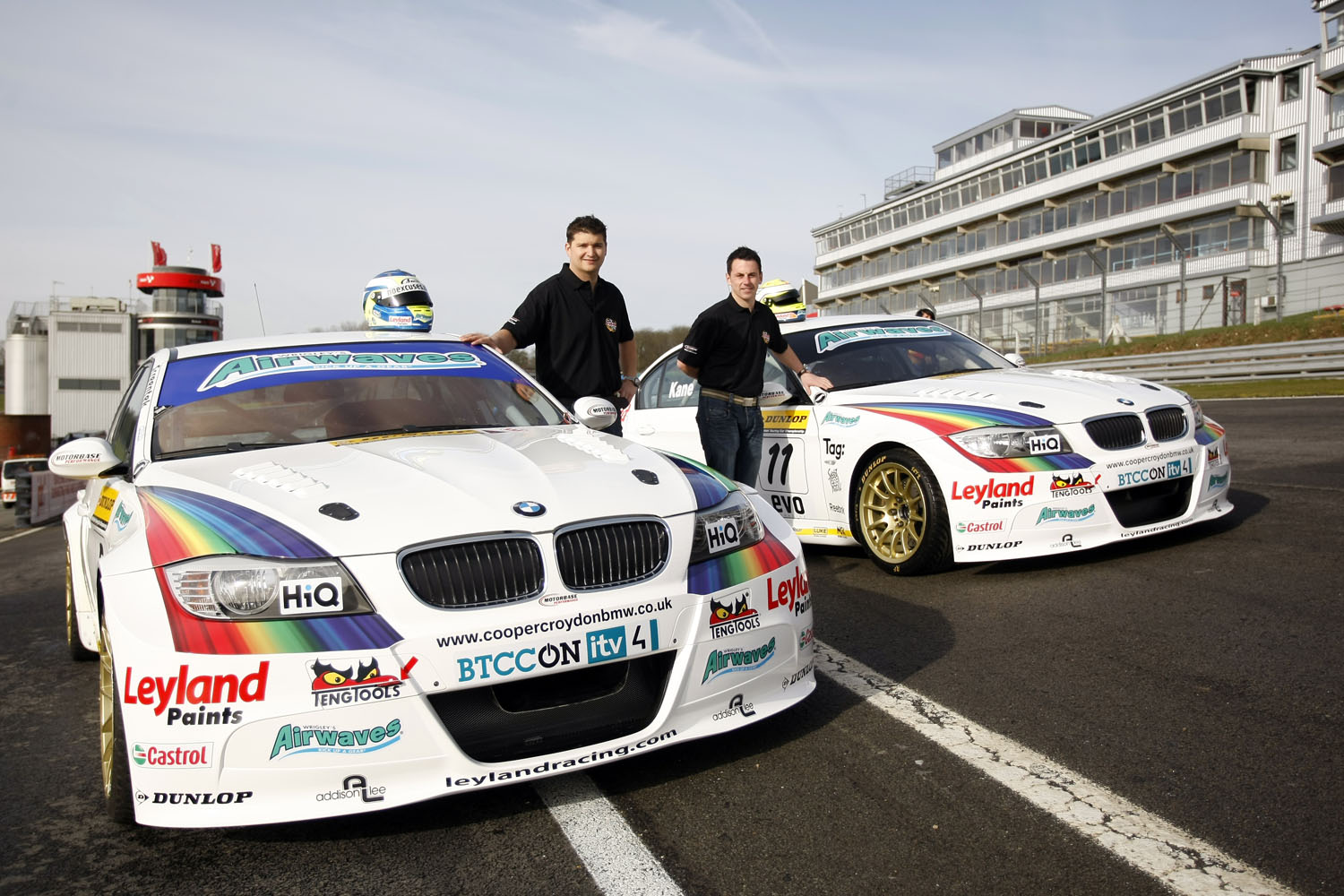 Motorbase Performance are hoping for a solid points haul at Thruxton this weekend, with the high-speed circuit not known to be the strongest circuit for BMW racers. Team principal Dave Bartrum also admitted that the outfit had had a troubled time during the off-season, with title sponsor Airwaves only announced within the last month.

“It’s been a tough winter so getting back out there is something the whole team cannot wait for.” said Bartrum. “Thruxton is notoriously difficult for BMWs but I’m hopeful we can bring home good solid points in every round.”

With drivers Steven Kane, who raced for the team in 2008, and Mat Jackson, runner up in 2008, Bartrum belives that 2010 will provide the strongest opportunity for his team to fight for the championship. “To challenge and win the championship, it’s important we get on the scorecard early,” he added. “Both Steven and Mat performed well in testing and I have faith in the pair of them. We’ll have to see how the weather plays out but a spot of rain could be a positive – we’ll just have to wait and see.”

Jackson will be hoping to score points as consistently as he managed in the first part of 2009 when he took 8 podium finishes in a row. He echoed Bartrum’s aim of scoring points in the opening race meeting: “It’s great to be back in a BMW again and I can’t wait for Thruxton,” he said. “I’ve done well there and won quite a few races over the years so I’d love to build on that. It’s great to be working with the Airwaves BMW team and I know I can kick up a gear and score some early points. This weekend’s races could be a huge step toward claiming the championship.”

Steven Kane returns to the BTCC after a year spent doing development work for the FIA Formula 2 project and, despite having raced the car for the whole of the 2008 season, admits he is a little bit rusty. “Joining the Airwaves BMW team has happened so quickly which makes this first race all the more exciting,” said Kane. “The test day at Brands last week was my chance to get to grips with the car and the new tyres. After 18 months racing in single-seaters, I wasn’t sure how it would go but straight away I felt how far the team and car have come. That was reflected in my lap times, fastest in the morning session and third fastest overall.

“Thruxton is a fast circuit and I’ve won a lot of races there over the years. I’m confident I can bring some points home for the Airwaves BMW team because winning the championship is the main goal.”

In the pre-season test at Brands Hatch last week Kane set the third fastest time of the day, just 0.159 seconds off the pace setter Jason Plato, whilst Mat Jackson was 11th fastest.