Snetterton has undergone something of a transformation in recent years. The Norfolk circuit once boasted high-speed straights and a handful of corners to connect them, but in the 2010 – 2011 off-season the circuit saw its most significant changes yet. A new infield section was added, increasing the total lap length by almost a mile to 2.969 miles.

Like many circuits in the UK, Snetterton has its origins as a former airbase from the Second World War. Snetterton was home to the United States Army Air Force Station 138, and first came into use in 1943, although it was originally constructed in 1942 for use by the Royal Air Force.

After the war the airfield was closed in 1948 and subsequently fell into disuse until it was bought privately and motorcycle racing began in 1953. Landowner and local church warden Fred Riches allowed motor racing to take place on the original circuit, which utilised a combination of perimeter roads and the north-south runway.

The track was originally around 2.7 miles in length, using a long straight adjacent to the A11 road which was known as the ‘Norwich Straight’. This longer variant of the track was in use from the circuit’s inception until the late 1970s, at which point the land was used to host a popular Sunday market and subsequently an industrial estate. The outline of this former circuit configuration is just about visible in aerial photography today.

Racing continued on the shorter course during the 1980s and 1990s, with minor developments taking place during this time. In 1997 the bridge that used to cross the track to the infield just after the Esses was moved forward into its current position at the end of the Revett Straight.

There were only small changes to the circuit during the 2000s, but crucially in 2004 Jonathan Palmer of the MotorSport Vision Group purchased the circuit and began a turnaround in the fortunes of the track.

Facilities were quickly improved, and in late 2010 plans were put in place to radically change the circuit layout with the addition of a new five-corner infield complex and the reprofiling of a numer of other turns, including the last-corner chicane. 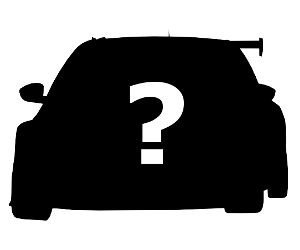