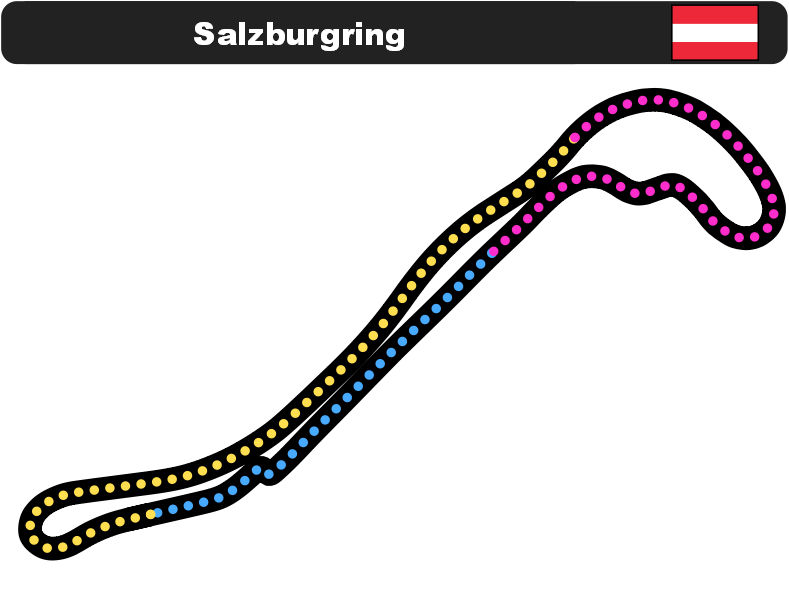 Opened in 1969, the fast and flowing Salzburgring is nestled in a valley in the mountainous area of the Salzkammergut hills, just 6 km to the east of the historic city of Salzburg.

Key features of the circuit are two fast ‘almost-straights’ and connecting flowing corners, giving the circuit a reputation for speed (and punctures).

A fast chicane was added at the final corner in 1976 in order to abate speeds somewhat, before a first corner chicane was implemented in 1986 for motorcycle races.

The first corner chicane was modified again in 1998, finally also being adopted by touring car races. After a lull in touring car action in the early 2000s, international tin-tops returned in 2008 for the FIA European Touring Car Cup.

The WTCC then followed in 2012 for three years, before featuring on every TCR International series calendar from 2015 to 2017.

The circuit had been set to act as a stand-in venue on the COVID pandemic-affected 2020 FIA WTCR calendar, but following a last-minute decision by the circuit to drop out, the WTCR fell out with the venue and now the future of world-level touring car racing at the track looks uncertain.