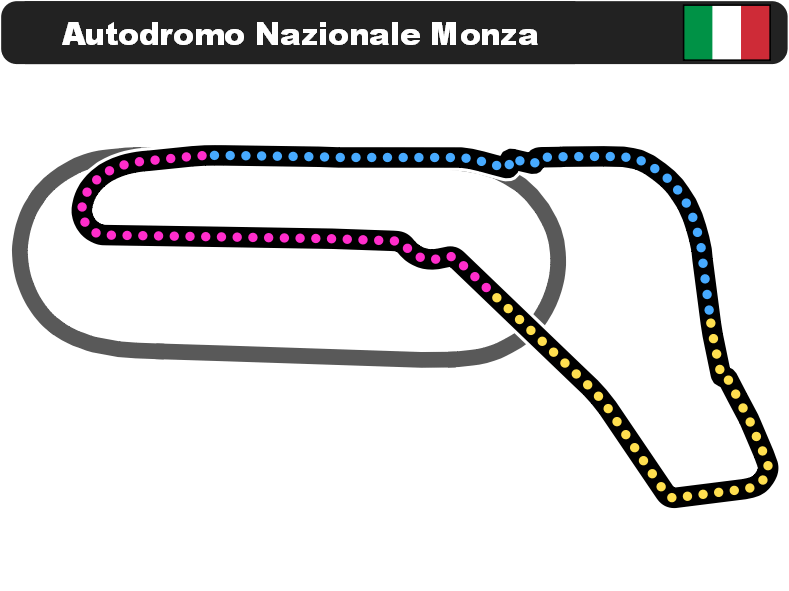 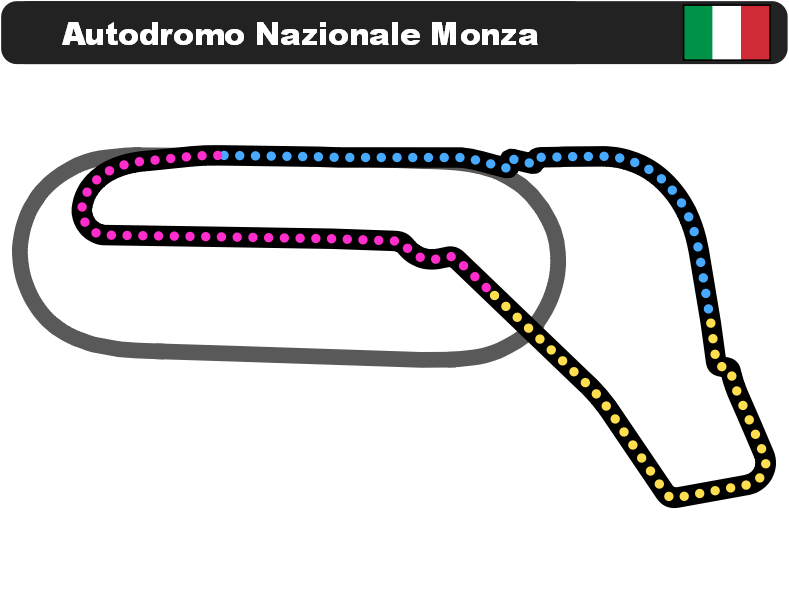 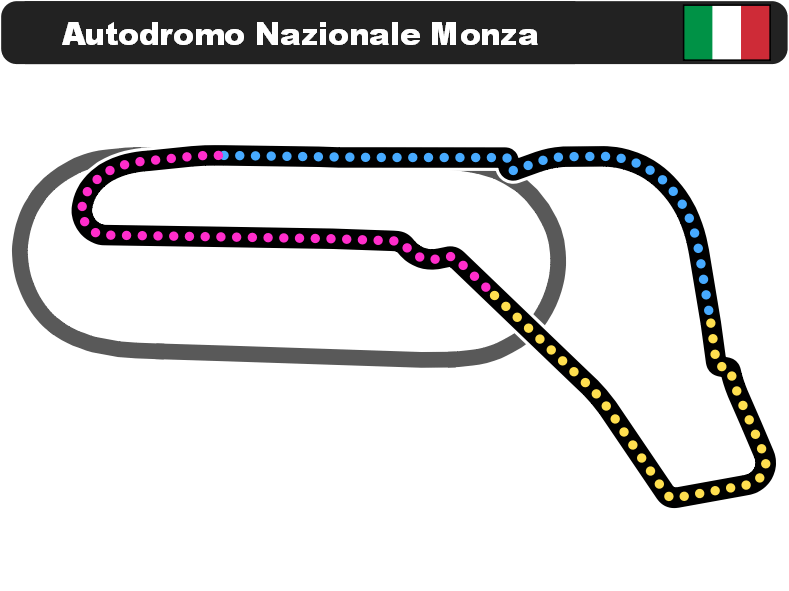 The third oldest purpose-built race track in the world, Monza opened in 1922 and has hosted the Italian Grand Prix continuously since 1949, with the exception of 1980.

Located in the largest walled park in Europe, the Parco di Monza, the circuit was built initially as a combined road and speedway course, with a lap of the circuit taking in both elements via a unique crossover.

The combined configuration developed a reputation for speed, and danger, and by the late 1930s racing on the combined course was all but abandoned.

The original oval speedway section was demolished in 1938-1939 and the remaining circuit significantly altered but the outbreak of World War II meant racing did not resume until 1948.

The high-speed oval was reinstated in 1955, this time with a steep banking, with further changes to the road circuit, and the 1955, 1956, 1960 and 1961 Italian Grands Prix utilised the combined layout before safety concerns once again ended its use.

The first chicane on the modern layout appeared at the Variante Ascari in 1972, followed by the Variante Rettifilo and Variante della Roggia in 1976.

The Curva Grande and Lesmos were realigned in 1995 to allow more runoff, and the first chicane was reprofiled in 2000, giving the circuit its present-day 5.79 km layout.