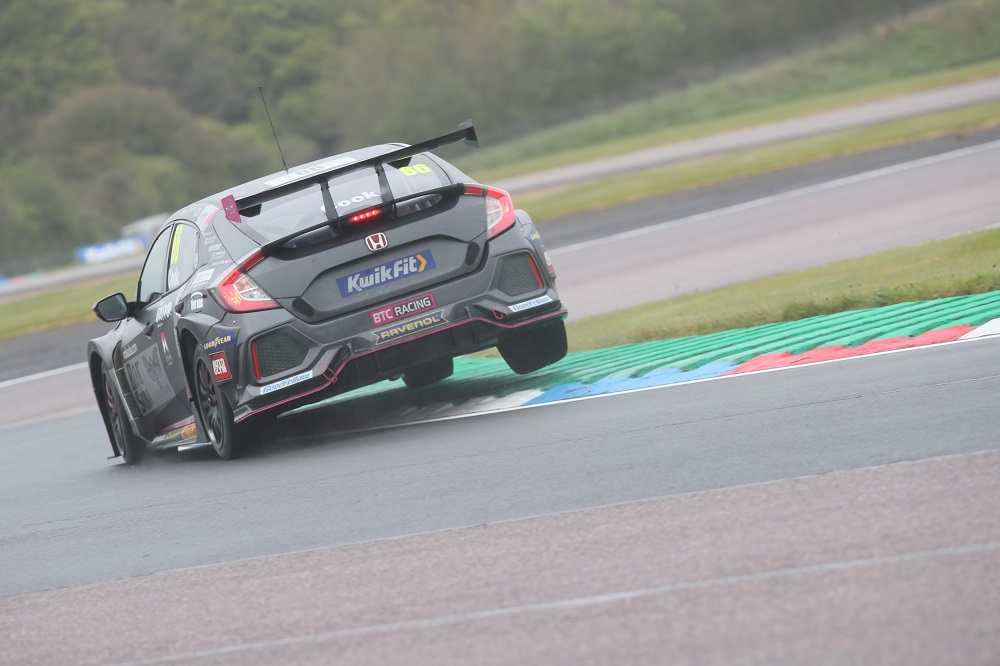 Josh Cook led home BTC Racing team-mate Dan Cammish to take his second win of the day at Thruxton in round two of the British Touring Car Championship.

Another dramatic race saw Cook, who was carrying maximum weight in round two following his win in the opening race of the season, hold off his teammate and MB Motorsport accelerated by Blue Square driver Jake Hill.

The race had been earlier red flagged on the opening lap of the original start after a scary looking crash that saw Glynn Geddie’s Team HARD. With Autobrite Direct CUPRA Leon roll after colliding with the Racing with the Motorbase Ford Focus ST of Andy Neate at the first corner.

Neate had seemingly attempted a move up the inside of the Cupra driver, but the pair collided and went off at high speed into the tyre wall, with Jade Edwards, who had nowhere to go, also being involved in the accident and was taken out of the race.

All three cars were very badly damaged as a result, while the three drivers were all taken to the circuit’s medical center for checks and the race was red flagged for a substantial period of time as barrier repairs were complete.

Neate is later reported to have said that he suffered from a mechanical failure on his Ford as he went into the first turn, inhibiting his ability to slow.

A race restart followed with Cook sliding at Campbell and he banged into the side of Tom Ingram that saw the EXCELR8 Hyundai driver forced wide, enabling Cammish to get ahead of him and behind his BTC Racing teammate.

Further around on the first lap of the restart, another large accident occurred when Rory Butcher lost the rear end of his Toyota Gazoo Racing UK Toyota Corolla coming out of Noble that saw him slide at high speed into a tyre wall and also badly damaged his car as a result.

The race was extended to 15 laps once the safety car came in, with Dan Rowbottom going on to finish round two in a fine fourth place after getting past Jason Plato in the Power Maxed Car Care Racing Vauxhall Astra on lap ten.

Rowbottom, who this weekend is making his return appearance in the BTCC after over a year, performed a fine cutback move coming out of the Club chicane on Plato to take fourth.

Despite Hill’s best efforts in third, he couldn’t match the pace of the leading duo and had to settle for third, although was far enough ahead of the impressive Rowbottom.

With Plato fifth, sixth went to Ingram who held off Colin Turkington after the former champion started race two down in tenth following his contact with Ash Sutton on the opening lap of race one.

Sutton in the Laser Tools Racing Infiniti had another dramatic race.

After pitting while the safety car was out with a suspected engine problem early in the restarted race, he for the second time today fought back through the field and ended race two in ninth and behind teammate Aiden Moffat.

Stephen Jelley is set to start race three of the weekend from pole position after Cook drew #11 out of the hat for round three.