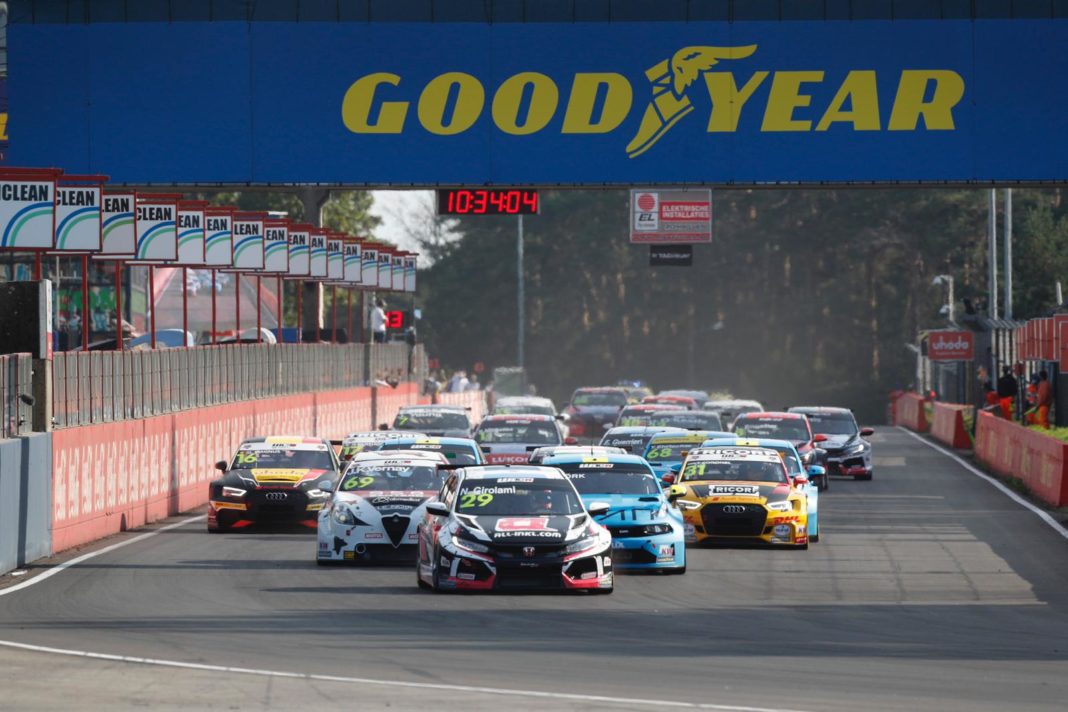 Nestor Girolami converted pole position into victory in the opening round of the FIA World Touring Car Cup (WTCR) at Circuit Zolder.

The Argentine made a good start from reverse-grid pole and held Thed Bjork’s Cyan Racing-run Lynk & Co. at arm’s length for the duration, taking the chequered flag some 1.127 seconds clear.

A boisterous move at the first corner promoted Attila Tassi to third past Jean-Karl Vernay’s Alfa Romeo Giulietta, and the Hungarian duly kicked off his sophomore season in the category with his maiden podium.

It proved to be a real race of contrasts for the Münnich Motorsport squad, with two drivers on the podium, and two out of the race with seemingly identical suspected turbo failures.

Tom Coronel looked the only man likely to change the order of the top four in the closing stages, but couldn’t quite pose a threat to Tassi’s third position on board the Comtoyou Racing Audi RS 3 LMS.

He took fourth, with Vernay eventually fifth after re-grouping from a difficult start.

Santiago Urrutia headed team mates Yann Ehrlacher and Yvan Muller as all four Lynk & Co. cars made it into the top eight.

Reigning WTCR champion Norbert Michelisz was eleventh in the leading Hyundai i30 N TCR for BRC Racing, surviving a moment of contact with Luca Engstler on the run down to the Kleine chicane, the German eventually settling for 12th.

Dylan O’Keefe was 13th; team mate Jack Young had earlier run just behind on his WTCR debut, but slipped back late on and was forced to pit with a lap to run.

Nicky Catsburg and Gabriele Tarquini’s Hyundai i30 N challengers round out the points finishers in 14th and 15th.