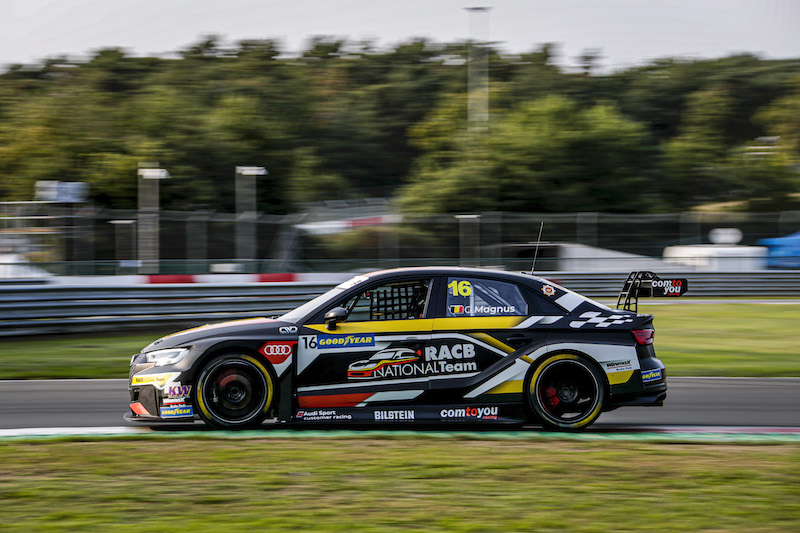 The Belgian impressed on home turf, clocking a best time of 1:36.065 in the Audi RS3 LMS to edge out team mate Nathanael Berthon by 0.137 seconds; the sister car of Tom Coronel was fourth quickest to complete a strong session for the squad.

They were split by Yvan Muller, the Cyan Racing challenger putting his Lynk & Co. into third overall despite clipping a tyre stack on the inside of the Kleine chicane near the end of the session, 0.2 seconds adrift of Magnus at the top of the time sheets.

Jack Young was 13th fastest, but responsible for the session-ending red flag with two minutes left on the clock, the Brit spinning at the first corner.

His Vukovic Motorsport-run Renault Megane R.S. came to rest on the corner exit and couldn’t be restarted, bringing the session to an abrupt end.

The two BRC Racing Hyundai i30 N TCR cars provided the other notable result, with reigning champion Norbert Michelisz only 18th; team mate Gabriele Tarquini was a further half-second behind in 20th.

Competitive action begins with qualifying later this afternoon, the action scheduled to get underway at 13:00 (BST).