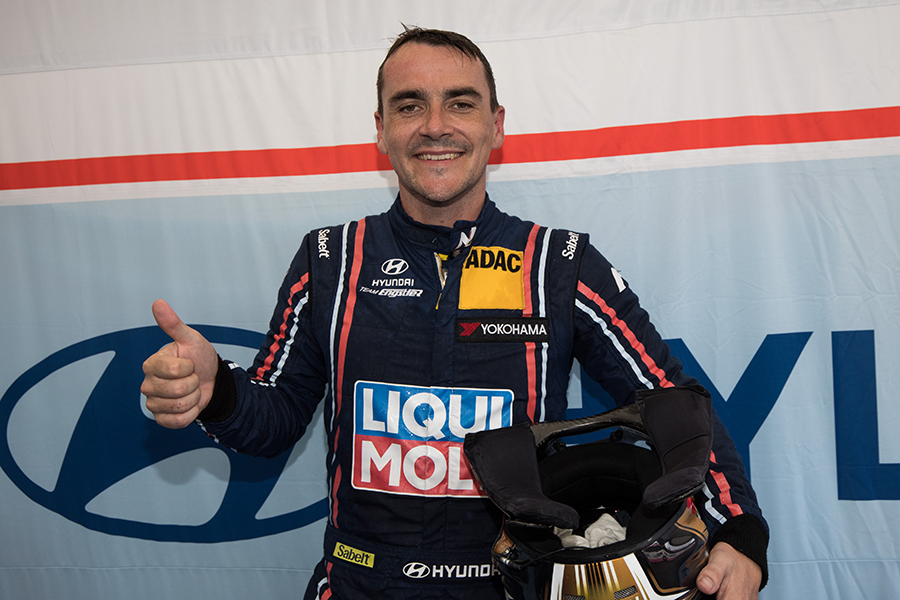 Guest entry Michelisz (Hyundai Team Engstler) was beaten off the line by fellow front-row starter Harald Proczyk (HP Racing International), but the latter was adjudged to have jumped the lights and was duly handed a drive-through penalty.

That decision came at the end of an early safety car period after a start-line collision between Jessica Bäckman (Target Competition), Lausitzring winner Nicolas Gruber and Antti Buri (both Hyundai Team Engstler), the net result a missing front bumper for Gruber and rear-right suspension damage for Bäckman as she retired on the exit of Turn 3.

With Proczyk bound for the pit lane to serve his penalty, Michelisz re-inherited top spot and went unchallenged to the flag, his eventual winning margin some 1.65 seconds.

Though Halder (Profi-Car Team Halder) briefly looked to challenge Michelisz at the restart, he never looked a threat to the Hungarian, but in turn maintained a comfortable advantage over Backman’s Target-run Hyundai behind in third.

Michelle Halder (Profi-Car Team Halder) and Dominik Fugel (Profi-Car Team Honda ADAC Sachsen) complete the top five, but with Michelisz and Backman both ineligible to score points, the Halder siblings and Fugel all take a de-facto top three, as far as the championship is concerned.

That moves Fugel into the early standings lead, four points clear of Mike Halder and six ahead of Proczyk, who recovered to ninth after his penalty.

That puts him behind Jan Seyffert (HP Racing International), Rene Kircher (Volkswagen Team Oettinger) and Marcel Fugel (Profi-Car Team Halder) in the classification, with Harri Salminen rounding out the top-ten for Positione Motorsport.

Gruber and Jessica Bäckman will start at the front for tomorrow’s reverse-grid race, which starts at 10:25 BST.