The TCR Technical Department has revised the compensation weight system which applies to all global TCR-sanctioned series with the exception of the FIA WTCR and endurance races of at least two hours.

The new system will focus on qualifying lap times instead of race lap times, with the aim of avoiding influence by drivers artificially running slower in a race in order to prevent a fast lap time incurring additional weight in future events.

“The reason for this change was to prevent teams and drivers from tricking and posting slower lap times during the races,” said WSC President Marcello Lotti.

“We thought that focusing on the fastest qualifying lap times would better reflect the performance of the cars.

“On top of this we have also decided to restrict the application of the Compensation Weight to the first half of the Qualifying results, in order not to penalize too much the drivers who are in the second part of the time sheet.”

Compensation weight now only takes into account the cars classified in the first part of the qualifying timesheet, and the formula calculates the average delta lap time between each car and its predecessor within the group.

All cars of the same model in the group get the same compensation weight, except “when the gap from the fastest time is outside the gap calculated by the parameters of the automatic formula.”

All cars classified in the second half of the results timesheet are not given compensation weight.

All cars in the first event of the season start without compensation weight, which is then recalculated after each event according to the qualifying results, taking into account the fastest time set by each car in the qualifying session (irrespective of the session, e.g. Q1 or Q2, in which the time was set).

The maximum compensation weight is set at 60 kg.

For new drivers or new models of car joining after the first event of the season, an additional 30 kg of compensation weight is applied for their first event.

If a driver changes model of car during the season, the additional 30 kg of compensation weight for the first event is also applied. 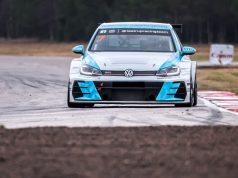