Young Belgian Gilles Magnus has confirmed that he will take part in a second season of competition in the TCR Europe series in 2020, remaining with Comtoyou Racing to race an Audi RS3 LMS TCR.

Magnus joined the touring car series at the start of 2019 with backing from the Belgian Royal Automobile Club (RACB).

In his maiden season the 20-year-old achieved three podium results, including victory at home at Spa-Francorchamps, to end the year sixth overall in the drivers’ standings.

Once again backed by the RACB National Team in 2020, Magnus is hoping to build on what he learned in 2019 to challenge for the title in the coming season.

“TCR is a category that requires maximum concentration,” said Magnus. “All in all, I’m happy with my first season in TCR Europe, but I’m always aware that sometimes I made mistakes from which I have learnt.

“2019 was an apprenticeship year and now I feel more prepared while facing the new season. Thanks to the support from Audi Sport Customer Racing and the professionalism of Comtoyou’s crew I will give my best to fight for the title.

“I also count on benefitting from the fact that the championship will visit Belgium twice, at Spa-Francorchamps and Zolder.

“With the aim of being well prepared before the season kicks off, we will start testing by the end of February.”

Magnus also claimed victory in one of the two races held in the inaugural FIA Motorsport Games at Vallelunga last year, where he ultimately finished as the runner-up in the event behind Klim Gavrilov. 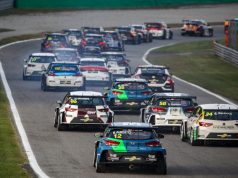 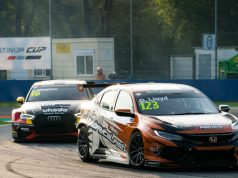