BMW has revealed which teams its drivers will race for in the 2020 DTM season, with three drivers each being run by BMW Team RMG and BMW Team RBM.

Staying put at BMW Team RMG are Marco Wittmann and Timo Glock, who will be joined by series returnee Lucas Auer, who will be racing with the Munich marque for the first time, having previously raced for Mercedes between 2015 and 2018.

In the DTM Teams’ championship, Auer and Aberdein will race under the name of BMW Team RMR, scoring points separately to their team-mates despite being run in the same stable.

“When allocating our drivers to the two teams, it was important to find the right combination of continuity, change, competition and teamwork,” said BMW Group Motorsport Director Jens Marquardt.

“The cooperation between our four established drivers and their teams worked well last year. Each team now receives one of our two newcomers. That gives us the desired effect.

“What matters here is the output – in other words, that we form a strong team with the drivers, BMW Team RMG and BMW Team RBM, and our engineers.

“All things considered, this team will work together more closely than in previous years. That will be one of the key factors in any sporting success this season.”

A seventh BMW M4 DTM will be run by the independent ART Grand Prix team, which is returning to the DTM having previously run Mercedes-Benz cars for two seasons. Robert Kubica will be their sole driver.

All drivers will take part in the official ITR tests from 16 – 18 March at Monza in Italy. 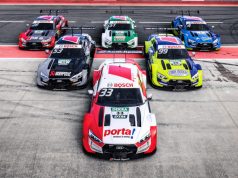 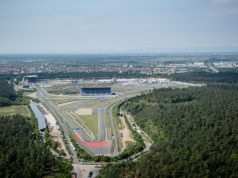