Luca Engstler will return to the TCR Malaysia series to defend his title in Sepang this weekend, as the Asian series kicks off for a second season with at least six cars on the grid.

Engstler lifted the inaugural title in 2019 by claiming five wins out of six races, ending the short season with more than double the number of points of his nearest challenger, Kai Jordan.

By taking part in the series, together with TCR Asia and TCR Europe and a one-off participation in TCR China in 2019, Engstler also became the driver to secure the most TCR victories over the calendar year, with 15 wins to his name.

“My goal is clear: I want to defend the championship title,” said Engstler. “The conditions could not be better, I have a perfect car with the Hyundai i30 N TCR and the entire team is highly motivated and well prepared.

“Even if our winter break was not long, it is high time that the traffic lights switched back to green.”

Engstler Motorsport confirmed in December that it would run three Hyundai i30 N TCR cars in TCR Malaysia. Engstler will be joined by 17-year-old Nico Gruber from Austria and 19-year-old Declan Fraser from Australia.

The likely main source of competition for Engstler will come from Brit Dan Lloyd, who will once again team up with Slovakian team Brutal Fish Racing to campaign a Honda Civic in the series, much like Team Principal Martin Ryba did in 2019.

Local outfit Viper Niza Racing has confirmed it will run three CUPRA TCR cars in the series this year, with Douglas Khoo Kok Hui returning and being joined by brothers Gilbert and Freddie Ang.

“With three cars this season, we are in a stronger position to put up a formidable challenge and hopefully gun for the overall championship,” said Khoo.

“As a Malaysian team, the expectations we place on ourselves go beyond fighting for a race win and the pride of flying the Malaysian flag high.

“This will be the team’s sixth year competing in local, regional and international touring cars – we have the cars, technical support and knowledge – therefore moving forward will equally be about how we can effectively use these resources to help talented young Malaysian drivers who aspire to move up into the higher levels of motor-racing.”

Gilbert Ang, 24, has previous experience in production cars, having competed in the Malaysia Merdeka Endurance Race championship in 2014, before moving into Caterhams in 2015 and the SP2 category of the Dubai 24 Hours in 2016. He then didn’t race for four years whilst he focussed on his studies.

“It’s exciting to be able to race again after a four-year break,” said Gilbert. “I’ve been practicing regularly and I hope it is sufficient enough to be competitive. The goal of course is to become TCR Malaysia champion.”

Freddie Ang, 26, will be making his touring car début with the Malaysian team this weekend.

“This will also be my first time competing in a touring car series and I’m really looking forward to it,” said Freddie. “So far I’ve completed two official test sessions and my confidence has grown in the car.

“It’s definitely a lot different, a lot quicker than what I am normally used to competing in, the G-forces are greater and I’ve had to acquaint myself with the many different characteristics of setting up, as well as driving a touring car.

“It’s really exciting and my aim is to try to be on the podium for all the races.

“Competing in TCR Malaysia is definitely a steep learning curve for any driver, but I am up for the challenge and I want to see how I stack up against the other drivers in the series.”

Teamwork Huff Motorsport will also take part in the series, with Chinese endurance specialist Yang Xi competing at the wheel of an Audi RS3 LMS TCR.

Track action gets underway on Friday with two 55-minute test sessions, ahead of qualifying and two 30-minute races on Saturday 18 January. 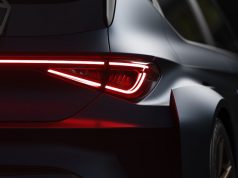