Josh Cook will remain at BTC Racing in the British Touring Car Championship for a second successive season, as the Honda driver seeks to once again challenge for the overall title in 2020.

Cook was one of the form drivers during the 2019 campaign, claiming three victories in his most successful season to-date on his way to fourth overall in the drivers’ championship standings.

The Somerset racer will be joined by two team-mates at BTC in 2020, as the outfit expands and looks to take its title challenge to the next level.

Cook will head into the new season off the ack of “extensive” pre-season testing, as well as the first time he has not changed car for the season opener of a new campaign.

“Continuity is so important in this championship,” said Cook. “I’ve never had the chance to have two seasons in the same team and car, and it’s such an important piece of the puzzle.

“We didn’t really manage to get any testing in last year. We just rocked up and won the opening round. That was great but each weekend we just had to work it out on track rather than having any knowledge.

“So, the fact that we get to go into this year with all of that data and some winter testing along with our developments should hopefully take us a step forward.

“We went full guns for the overall title last year; we didn’t have an eye on the Independents until the main one was out of reach.

“We’re there to try for the overall title. That’s been my aim since I came into the BTCC in 2015, and that will always be my aim.

“We took more wins than the factory team with no testing. The team were mega and it was a great achievement.

“We’re arriving with more knowledge this season, and there’s no reason why we can’t take that extra step.”

Bert Taylor, joint Team Principal of BTC Racing is looking forward to a second year of working with the 28-year-old.

“After a stellar first season with the team last year, it couldn’t be a better start to 2020 for BTC Racing in securing Josh for our campaign,” said Taylor.

“He showed his talent beyond any doubt in a new car, and with a new team, finishing 4th in the most competitive touring car championship there is.

“To achieve that with no testing is a testament to the ultimate professional Josh is. I’m excited to see what 2020 holds of him and the team. We have our sights set high, and it is all about winning.” 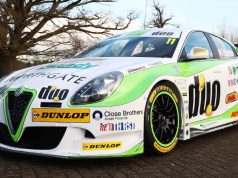