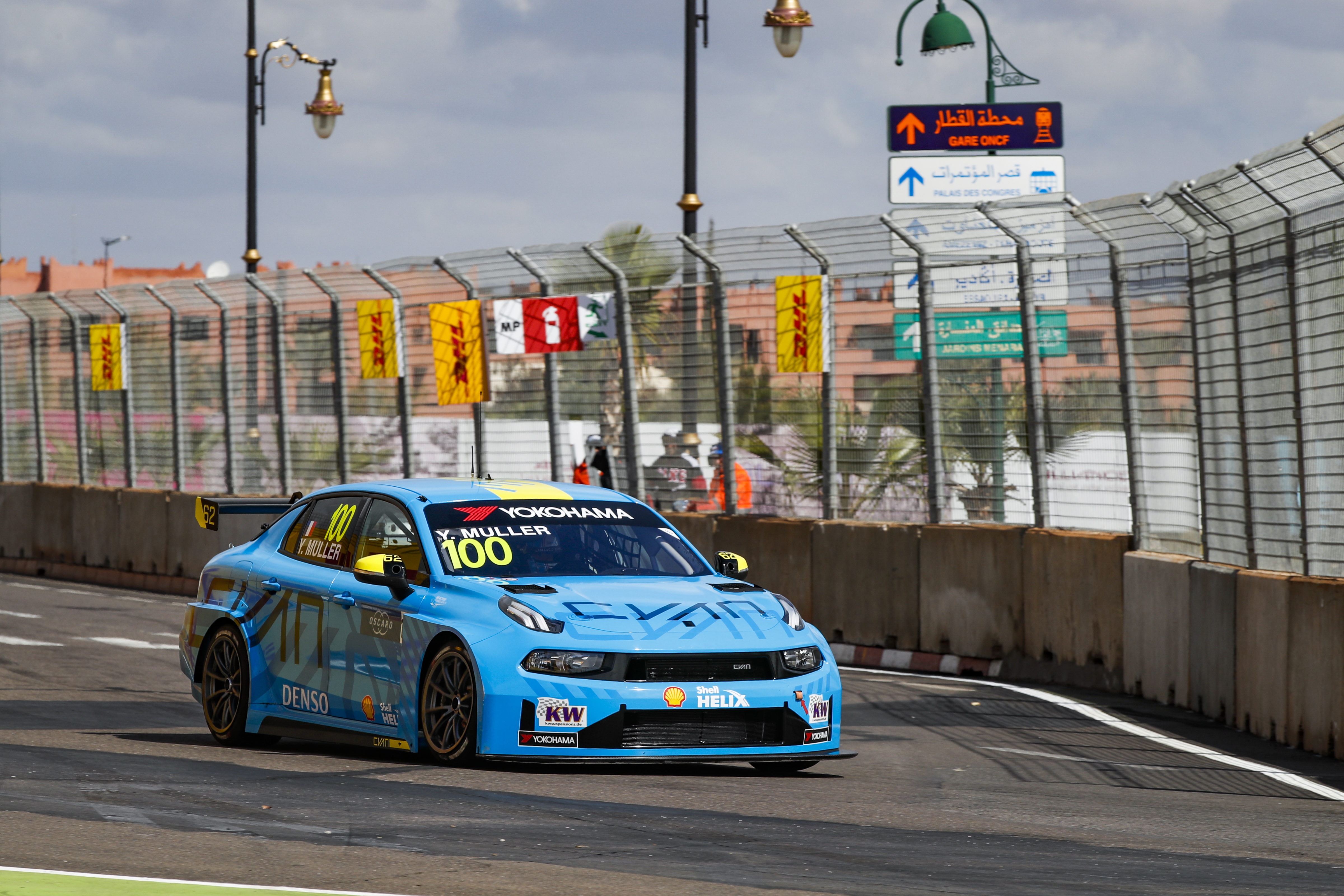 The gap between the top two generally sat at around half a second, but with Michelisz set to move 18 points clear of erstwhile points leader Esteban Guerrieri, an all-or-nothing move for the lead never seemed likely.

It proved to be a frustrating opening race for the Argentine following his grid penalty; he ran the majority of the race in the low twenties before heading into the pits on the penultimate tour of the 3.8-mile circuit.

And so Muller duly took the chequered flag to register his third victory of the season and bolster his own title aspirations by 0.4s over Michelisz, but the battle for the final spot on the rostrum took on a whole new complexion.

Having lost fourth to Kevin Ceccon’s Alfa Romeo Giulietta at the start, Cyan’s Yann Ehrlacher dropped back to release teammate Thed Bjork into sixth shortly after, the team game at the Chinese outfit clearly to prioritise their two title contenders.

Priaulx looked on course for a first podium of the campaign, but slowed coming out of the final corner to allow Ceccon into third, ‘Macau King’ Rob Huff (SLR VW) into fourth and – crucially – Bjork into fifth, before settling for sixth at the flag.

Victory for Muller does, however, mean he leap-frogs Bjork into third overall, 36 points adrift of Michelisz; the Swede’s deficit to top spot is 47.

The team’s efforts also helped maintain their advantage over BRC in the Teams’ stakes with five races left to run, the gap now 23 markers.

Frederick Vervisch’s Comtoyou Audi – a race winner in Macau in ’18 – was arguably the quickest man out on circuit at several points during the 8-lap encounter and made progress through to seventh.

At one stage the Belgian looked to have the measure of Bjork thanks to a handy slipstream, but ultimately he was forced to remain behind heading into Lisboa.

Ehrlacher eventually wound out eighth, with the Hyundai duo of Gabriele Tarquini and Nicky Catsburg (both BRC) rounding out a well-matched top ten.

By Macau standards, it proved to be a calm start to the weekend, though the race didn’t pass without incident.

The first involved three cars off at Lisboa, with Jean-Karl Vernay’s WRT Audi RS 3 LMS heading off down the escape road before being joined shortly after by the PWR CUPRA of Mikel Azcona and Benjamin Leuchter’s SLR VW, though all three managed to continue.

The same could not be said for Niels Langeveld’s Audi and Ma Qing Ha’s Alfa Romeo after suspected contact at the same corner a few laps later.

So, the balance of power in the title fight shifts to Michelisz, but expect plenty of fireworks when the action continues at 00:45 (UK time) on Sunday.