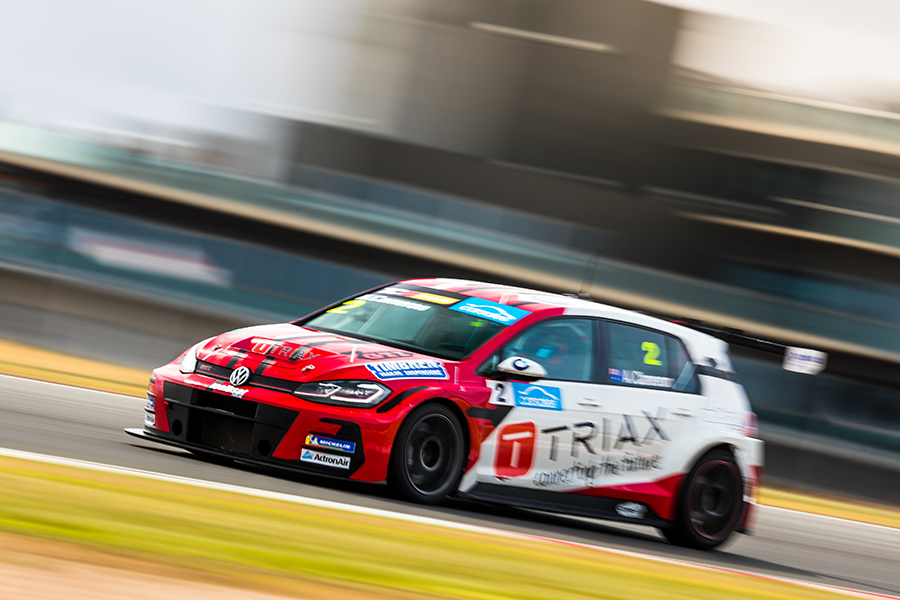 Aaron Cameron capitalised on a mistake from champion Will Brown to seal a maiden victory in TCR Australia at The Bend Motorsport Park.

The pair made a level start from the front row but the error from Brown sent his Hyundai i30 N wide over the kerbs proved decisive, affording Cameron an opportunity to dive to the inside at Turn 6 and assume the lead.

From there, Cameron’s Volkswagen Golf GTI was imperious, extending his advantage to some 6.5 seconds at the chequered flag.

The result moves the Melbourne Performance Centre racer to within a single point of Tony D’Alberto in the race for the vice-champion honours with just one contest left to run.

With Cameron unchallenged at the front, Brown’s focus quickly switched to defending the runner-up spot from Jason Cox’s Alfa Romeo Giulietta for the rest of the race.

The fast-starting Cox had already dispatched D’Alberto’s Honda into Turn 3 on the opening tour, but despite a further off-moment for Brown, the 21-year old Queenslander did enough to hold on to second at the flag.

Cox adds a second podium of the campaign in third with Garry Rogers Motorsport teammate James Moffat (Renault Megane) fourth after impressive progress through the top ten from seventh on the grid.

Morcom and James Martin provided great entertainment with side-by-side racing through the Hairpin at half-distance whilst disputing seventh on the road.

The latter would be shuffled back to 11th later in the race, with Jason Bright (VW), Chris Pither (Renault), Russell Ingall (Audi RS 3 LMS) and Andre Heimgartner (Holden Astra) all banking top-ten results.

Aurelien Comte made limited progress in the Peugeot 308 after some late-night work by DG Sport after the delivery of essential parts from home got the Frenchman out for Sunday’s action.

He finished 14th; the other result of note was a frustrating retirement for Dylan O’Keefe – the final contender for the vice-champion honours – after he was forced to pull up with a mechanical problem.

The final race of the inaugural TCR Australia season is due to get underway shortly – follow the action live on www.tcr-series.tv.