Audi Sport Team Rosberg’s René Rast stormed to his seventh DTM victory of the year, and after claiming the 2019 championship last time out at the Nürburgring the now two-time champion explained how it was a unique feeling racing without any pressure at Hockenheim.

Rast lead away from pole and was able to keep the likes of Audi Sport Team Phoenix’s Mike Rockenfeller and BMW Team RMG’s Marco Wittmann at bay until he made his mandatory pitstop. Then after the safety car and with less than 15 laps to go, Rast had to repass Wittmann aftert the duo engaged in a battle for the lead.

The weekend at Hockenheim has somewhat of an exhibition feel, as drivers are able to race without major championship implications, Rast described how this was a weekend so very different to a typical motorsport event.

“It’s a great feeling coming to Hockenheim without any pressure,” explained the 32-year-old, “I was so relieved.

“Racing without any pressure is something very unique in todays modern racing world.

“It’s just amazing. Winning and being on pole is something very special as well.”

Rast was able to repass Wittmann in the latter half of the race, and believed that his rival had equally strong pace in the BMW, particularly at the end of a tyre stint.

“He was outstanding today,” described Rast, “Already this year in the beginning of the season he was very quick and he’s always quick at Hockenheim.

“I was sure he would come back, and after the first stint he was just behind me.

“With the pitstop we tried to stop one lap later, I was a bit lucky with he safety car I could warm up my tyres easily and I didn’t have to defend against him

“I was expecting him to come back like he did in the first stint but I saw at one point he was shooting his DRS and another point he had none left. I just had to bring the car home.”

With Rast’s pole and win, his Team Rosberg were able to clinch the Teams’ title, with 422 points to Team Abt Sportsline’s 374, and the 2019 series champion reflected on what had been an exceptional year for the team.

“It shows how well we work as a team,” explained the Audi driver, “We put many hours and days into the project and for them its a big present to win the team championship.

“We won it in 2017 as well, and last year we were the best Audi team this year being the best team is something very special for them as well.” 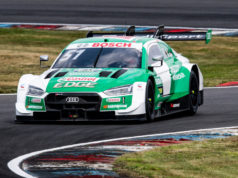 Nico Müller keeps the pressure up by topping second practice 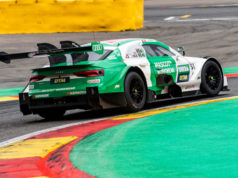 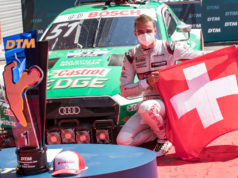