Norbert Michelisz insists that it ‘doesn’t matter who leads now’ after the Hyundai driver left Japan’s FIA world Touring Car Cup races having briefly held the lead in the drivers’ title after another win on Sunday.

Michelisz was victorious in the reverse-grid second race – the second meeting in succession that he was won race two of the weekend – to briefly move into the lead of the drivers’ standings.

But the Hungarian could only manage eighth in race three, after starting from tenth, and crucially finished behind title rival Esteban Guerrieri.

The results mean Michelisz dropped back to second overall in the standings, six points behind his Münnich Motorsport rival.

Despite failing to hold onto the series lead, the BRC Racing driver said it had been a positive weekend, after he also took home points for 13th in Saturday’s opening race.

“I’m quite positive to be honest because we struggled a bit in qualifying and to manage to get away with a race win is a nice feeling,” said Michelisz. “I was in the points in all three races.

“If you are going for the championship you cannot expect to always have the best package, although I think we managed to get the most out of it. I think Esteban, Johan [Kristoffersson], Kevin [Ceccon], they all did a fantastic job.

“It’s a level where sometimes you fight for hundreds [of a second] and I expect us to come back stronger in Macau, so I’m really looking forward to that race.

“It doesn’t really matter who leads now. My only goal is to stay within striking distance. OK, if I had a choice I’d prefer to lead by this couple of points, but in the end, I think it’s a positive weekend for us.”

Michelisz is conscious of the fact that he needs to remain consistent for the rest of the year to pick up the title, with race victories alone not guaranteeing success in the standings.

“Last year up until one point I was having a very good qualifying average and towards the end of the season I was not able to fight for the championship,” added Michelisz, who has won more races than any other driver so far in 2019.

“OK, winning four races is a nice feeling, but at the end of the season if I had the choice to win the championship or to win a lot of races of course I’d go for the championship.

“Winning races is a good feeling, but I guess winning a championship is a unique feeling. Don’t misunderstand me: whenever you have the possibility you need to take the win because it’s the biggest gap from P1 to P2, but you also need to be clever and manage your chances.

“In the end I’m happy with four race wins, I hope I can add one or two more until the end of the season, but for me the main target is to win the championship.” 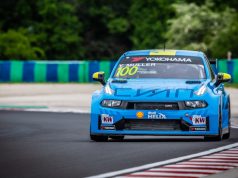 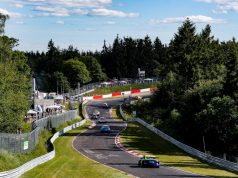 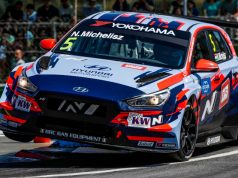