ETRC will be the world’s first multi-brand touring car series and is set to launch in 2020, being developed by WSC Group, the rights holder to the TCR concept – one of the most successful categories in recent years.

WSC has already stated its aim for the series to be ‘the leading motorsport platform for R&D of electric vehicle technologies to be applied to road cars’.

Cars will be powered by a common 100% electric powertrain, with Williams Advanced Engineering supplying crucial components in the new category of racing.

Races are set to be held across Europe, Asia and North America, on both street circuits and more traditional permanent racing circuits, with the series promising to ‘deliver a new, engaging format with race data available to spectators at the event and online’.

“Williams is synonymous with success in motorsport,” said WSC President Marcello Lotti. “The company’s achievements speak for themselves.

“We are proud of this agreement that associates the Williams name with a new and ambitious brand like ETCR. We are delighted to work together with a partner that knows all about motorsport and whose expertise will surely contribute to make ETCR successful.

“WSC Group is the owner of the TCR brand, arguably the most successful motorsport category in recent years that has completely reshaped touring car competition globally.

“It was a logical step for the company to use its vast knowhow in the application of new technologies.”

In 2018 the company was honoured with the Queen’s Award for Enterprise in the Innovation category for its work taking electric motorsport knowledge into commercial applications.

“With the experience, skills and know-how accumulated within Williams from electrifying motorsport and road-going cars, we’re excited to work with the team at WSC Group to continue the progress of electric vehicles and racing to inspire the future of sustainable mobility.”

Several manufacturers are working on ETCR projects, with CUPRA being the most well-known at this stage. Hyundai are also rumoured to be working on a project.

“I’ve heard some comments that a lot of factories are planning on going to the new ETCR,” said Girolami. “Hopefully Honda as well. I hope so, but I don’t know.

Ehrlacher replied: “All the factories are interested in electric races because that is the future, whether we like it or not.

“It is always good to prove that electric cars can go quick on a race track and fight each other, so I’m pretty sure all the brands from this championship will go to electric.

“I can’t tell you more info about Lynk & Co, but it’s the idea for everybody so I see no reason why we won’t be there somehow.” 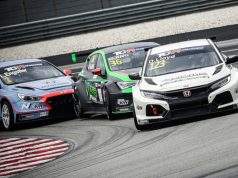 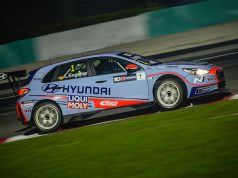 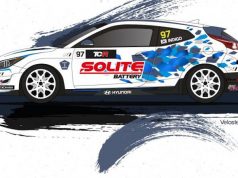