She was also amongst 28 female drivers aiming for a place in the new W Series single-seater category, before missing out in the final selection.

She will race an ex-Team Engstler Golf GTi in the new series, which kicks off at the Sydney Motorsport Park next weekend.

“I have never been to Sydney Motorsport Park before, and I’ve never driven a front wheel drive car before, but I’m really looking forward to the challenge of racing in the TCR Australia Series,” said Whitley.

“TCR is going to be very competitive with some well-known drivers. If I can rub doors with some of them, I’ll know that I’m doing well.

“This is an opportunity that I have been working towards and I’m very grateful to Matt Stone and Jason Bright for helping to make it happen.

“Both Matt and Jason have years and years of experience. They really know what they are doing and I’m just looking forward to learning from their knowledge, soaking it up and doing my best.”

Whitley will compete alongside Bright in the team now known as Alliance Autosport, which will be receiving support in preparation and logistics from Matt Stone Racing.

“It’s great to have Matt Stone and his team come for the TCR ride with us this year,” said Bright.

“The team is very professional, and they know exactly what it takes to takes to prepare race cars at the highest level.

“Knowing that my race car is in safe hands, I really can’t wait for the series to kick off. There’s a lot of hype and I know there’s going to be a lot of interested on lookers at Sydney Motorsport Park.”

Matt Stone is pleased to add a TCR support programme to MSR’s activities for 2019, which also include competing in the Supercars Championship, Super2 and the Super3 Series.

“MSR is pleased to confirm that we have taken on a car preparation role for Jason Bright and Alexandra Whitley’s VW TCR cars,” added Stone.

“This is a great category for Australia and is a great value-add to the racing landscape. The cars are really user-friendly and they are going to have some really good racing.

“Alexandra has proven that she is a very capable driver and has a vast amount of experience. We’re really looking forward to working with her.

“Jason needs no introduction to Australian motorsport. We know he is going to be a front-runner from the word go and, importantly, he is going to help us get the most out of Alexandra as she gets up to speed in these cars.” 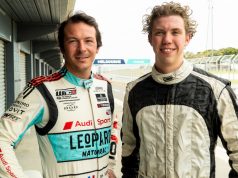 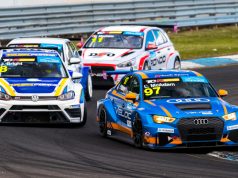