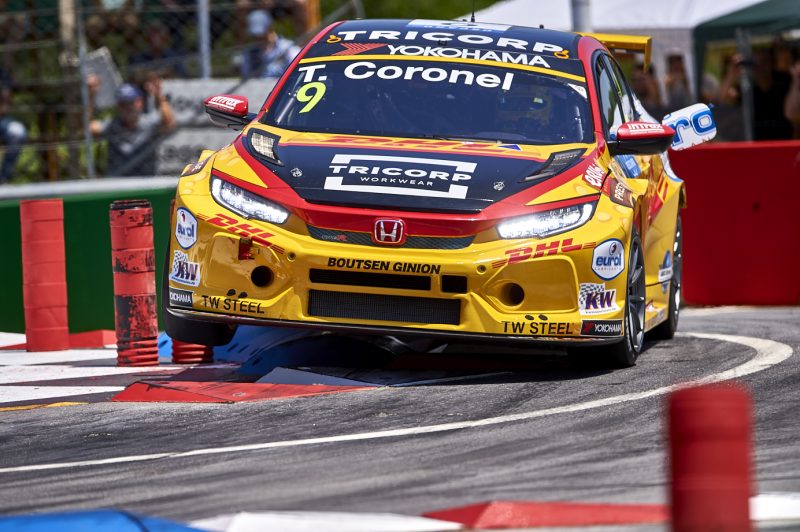 Last month Coronel revealed a change of car and team for his 2019 WTCR campaign, switching from a Boutsen Ginion-run Honda in which he struggled last year to a Comtoyou Racing CUPRA for the upcoming season.

The latest news marks a return to Boutsen Ginion Racing, the squad Coronel has competed with in recent years, and a return to the Honda Civic Type R in which he completed the full WTCR season in last year.

Coronel will be forced to miss the opening TCR Europe round as it shares a weekend with WTCR on the 27th/28th April at the Hungaroring, but expects to complete the remainder of the season thereafter.

“It is fantastic that we are able to continue the good co-operation with Honda and the Boutsen Ginion Racing team from the past years at a European level,” said Coronel.

“As a driver, there is nothing I want more than race as often as possible at the highest possible level. With the Honda, that is certainly the case.

“Moreover, this championship enables us to race at cool circuits like Spa-Francorchamps, Monza, Hockenheim and Barcelona.

“The Hungaroring round at the end of April is the only one I have to miss, because regulations say that you can’t race in two different TCR competitions at the same circuit during one weekend. For the rest, I am able to take part in all three races during each TCR Europe meeting.”

Coronel’s teammate will be Belgian racer Stéphane Lémeret, with whom he raced with in 2017.