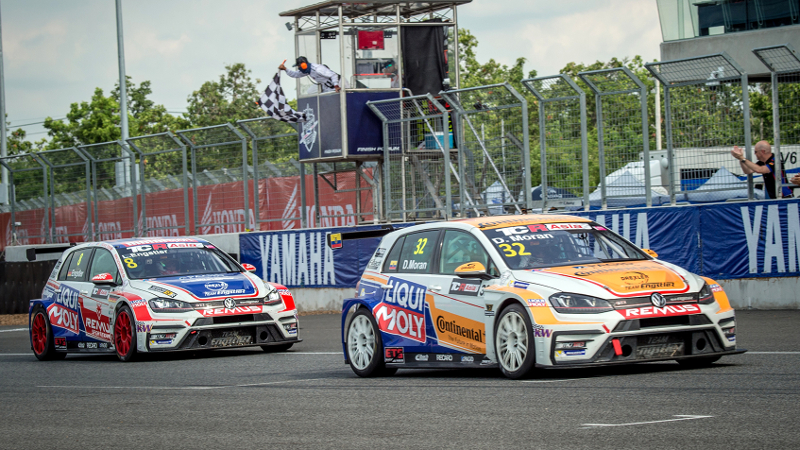 Liqui Moly Team Engstler will also enter the inaugural SIC888 endurance race at the Shanghai International Circuit in October, on the same weekend that the team concludes its season in the TCR Asia series.

The team will enter a car for current TCR Asia season regulars Luca Engstler and Diego Moran, who will be joined by their TCR Germany regular Theo Coicaud.

The SIC888 endurance race is running for the first time this year and will feature GT and touring car entrants duking it out over a total distance of 888 km at the Shanghai track.

Whilst Team Engstler will be focussed primarily on claiming the TCR Asia series title earlier in the weekend, entering the longer-distance race was a natural step given that the team will already be in the paddock with their equipment.

“With Luca leading and Mitchell [Cheah] close behind, we have two drivers capable of taking out our third consecutive Drivers championship, whilst Diego as ever will be in contention for a race win as he closes in on third in the championship,” said Team Manager Kurt Treml.

“That, and securing our third Teams championship title will be our immediate focus, but once we have concluded the TCR Asia program, we will switch our attention to the SIC888 event.”

Engstler is the current leader of the TCR Asia standings with an 11-point advantage over team-mate Cheah. The team are thus in prime position to take the title, although third-placed Lo Sze Ho has an outside chance, albeit the Hong Kong driver is 45 points adrift with only 55 up for grabs.

The TCR Asia season finale takes place on the 4-5 October, with the SIC888 race following on the 6-7 October.