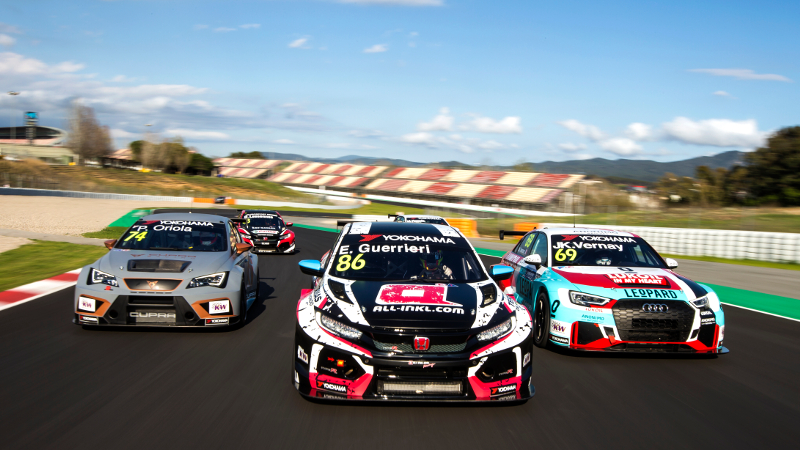 With a full entry, seven different brands, 12 different nationalities and four former World Champions, the 2018 FIA World Touring Car Cup (WTCR) is looking set to be one of the greatest seasons of touring car racing of the modern era.

At first glance, the 2018 WTCR appears to almost have it all – touring car legends, promising young talent, a variety of cars and some of the greatest circuits in the world.

Of course, what it doesn’t have is also extremely obvious – full manufacturer entries. The demise of the World Touring Car Championship at the end of 2017 was exactly due to that – with only Honda and Volvo as works teams and no others looking to join the fray.

Out of the ashes of the WTCC has risen the WTCR – a more affordable, independents-friendly version of touring car racing, possible thanks to the adoption of the TCR technical regulations, the promotion by Eurosport Events and the regulation and willingness of the FIA.

It would be wrong to say that reigning WTCC champion Thed Björk is defending his title in WTCR – although the links are there, this year has to be seen as a fresh start. The Swede is one of the least experienced behind the wheel of a TCR car, whilst there are numerous drivers in the field who already know their cars inside out.

Björk will race a Hyundai i30 N TCR for Yvan Muller’s outfit, with the French touring car legend making a return to racing at the behest of his sponsors – who have yet to reveal themselves. The 48-year-old will be able to draw on some familiar support though, with several Cyan Racing staff having joined his team during the off-season.

Whilst Vernay now has two years’ experience of TCR machinery under his belt, he will have to get to grips with the Audi RS3 LMS, albeit in the familiar environs of the Belgian WRT outfit.

Much has been made of the fact that returning champions Yvan Muller, Gabriele Tarquini and Fabrizio Giovanardi signals a sign that the top echelon of touring cars is ageing. But is it really? TouringCars.Net took a look at the facts. 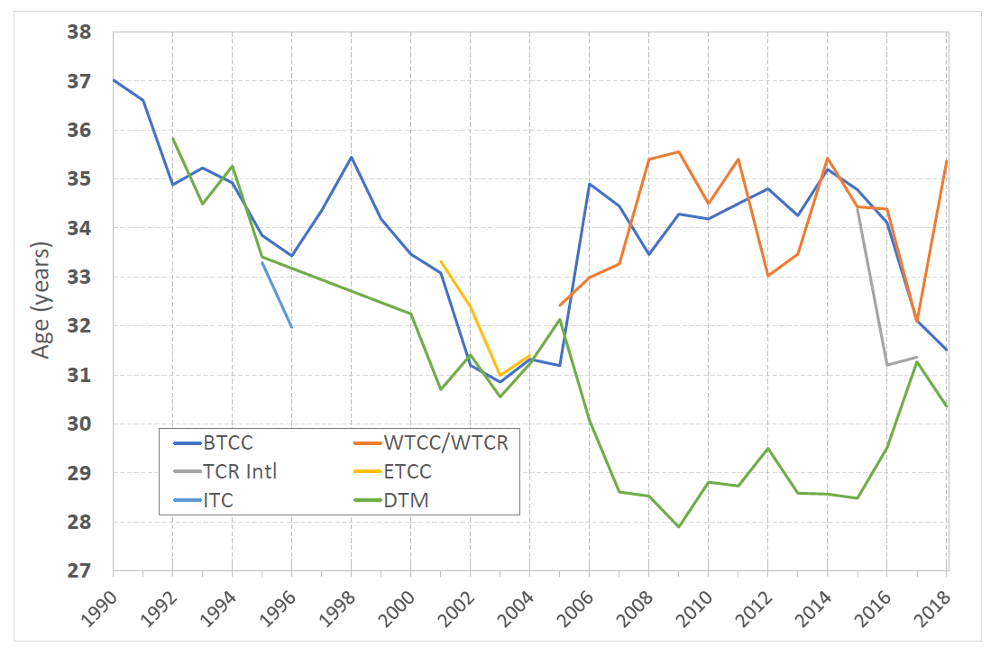 Whilst this represents an increase on 2017, it is not the highest in the history of the WTCC, which occurred in 2009, averaging 35.6. It does, however, represent the biggest year-on-year change since the 2005, reflecting the number of former greats who are returning.

Whilst there are a number of returning touring car legends, whose careers span more than two decades, it is worth highlighting the addition of some rapid young talent. Yann Ehrlacher (21) showed grit and speed in 2017, claiming a maiden WTCC win in his first season of trying, whilst John Filippi and Pepe Oriola (both 23) still have plenty to prove on the world stage.

More than any other season, 2018 may represent the changing of the guard in global touring car racing. If the likes of Gabriele Tarquini (56) and Fabrizio Giovanardi (51) fail to emulate their former glory, then their likelihood of returning to the top again could be reduced.

Alternatively, 2018 could see them amass yet more honours to add to their impressive statistics. If Tarquini wins a race this year it will mean the veteran Italian has won top-level touring car races every year since 1993, with the exception of 2002 and 2015 (representing an incredible 23 out of 25 years).

One of the biggest signings of the off-season was three-time British Touring Car Champion Gordon Shedden, who will partner Vernay at Audi Sport Leopard Lukoil. After a one-off outing in the season finale of the TCR International Series in Dubai last year, Shedden clearly caught the attention of bosses at Audi, and with some gentle encouragement from Allan McNish, the 39-year-old was tempted away from the BTCC.

We should perhaps by now be used to the sudden signing of James Thompson, but the Brit adds an extra flair to the grid, even if the Ibiza resident hasn’t won a touring car race in almost a decade. Thompson was still able to show flashes of pace in the unfavoured Chevrolet Cruze in 2016, and he hasn’t had a top-line car for almost a decade. A resurgence in form is certainly possible for the Yorkshireman in 2018.

Rob Huff starts the year in a strong position. The 2012 WTCC champion knows his car inside out, having raced a Golf in six of the ten TCR International events in 2017, and he has the advantage of being the only driver on the grid to have raced on all of the circuits (having taken part in the China Touring Car Championship race in Wuhan last year).

When the field lines up in Marrakech this weekend there will be seven drivers who have never previously raced in the WTCC. Of those, excluding experienced tin-top racers such as Shedden and Vernay, will be some impressive young talent.

At 18, Benjamin Lessennes is the youngest driver on the grid and will deputise for the still-injured Tiago Monteiro at Boutsen Ginion Racing. The 2017 TCR Benelux champion already has an impressive racing CV to his name, and could be a wildcard contender for race wins this year.

Frédéric Vervisch (31) has extensive racing experience, and the Belgian knows his Audi well, having raced it in the TCR International Series last year. He will be partnered by three team-mates at Comtoyou Racing, with both Denis Dupont (25) and Nathanaël Berthon (28) being new to the series but with promising early careers.

Aurélien Comte (29) spent much of his early racing career in one-make series, and 2018 gives the TCR Benelux race winner a chance to get behind the wheel of the all-new Peugeot 308 TCR.

As well as a shake-up in the regulations and drivers, 2018 will see a new three-race format introduced to the top level of touring cars for the first time.

Saturday’s qualifying and race will both be broadcast online via social media or sponsor OSCARO’s website (depending on the viewer’s territory) and present an opportunity for younger fans to engage with the sport.

Sunday will feature the familiar three-segment qualifying session which decides the grid for races two and three, with the second race featuring a reversal of the qualifying top 12, and the final race of the weekend being akin to the Main Race in the WTCC last year, with the pole-sitter starting at the front.

All three races will feature a different points scoring system designed to reflect the significance and merit involved in each race.

With changes in almost all areas for 2018, the new WTCR promises to be a fascinating season of touring car racing. One thing is for certain though – it will be a gruelling season, and whichever driver emerges as the champion at the end of the year is certain to be deserving of the new title.

Jimmy Clairet was both happy and disappointed after the TCR Europe races at Monza, after the Peugeot driver followed up his race one retirement with fourth in race two.
Read more
- Advertisement -
TCR

Dan Lloyd: ‘I feel like I was due some bad luck’

Dan Lloyd was accepting of his non-finish in the second TCR Europe race at Monza, with the Brutal Fish Racing driver accepting the puncture which caused him to pick up his first non-score of the season.
Read more

Jimmy Clairet was both happy and disappointed after the TCR Europe races at Monza, after the Peugeot driver followed up his race one retirement with fourth in race two.
Read more
TCR

Dan Lloyd: ‘I feel like I was due some bad luck’

Dan Lloyd was accepting of his non-finish in the second TCR Europe race at Monza, with the Brutal Fish Racing driver accepting the puncture which caused him to pick up his first non-score of the season.
Read more
BTCC

Motorbase Performance's admitted he was "really emotional" after securing his first ever British Touring Car Championship victory after a great battle with Tom Oliphant in the final contest at Silverstone.
Read more
- Advertisement -

Jimmy Clairet was both happy and disappointed after the TCR Europe races at Monza, after the Peugeot driver followed up his race one retirement with fourth in race two.
Read more