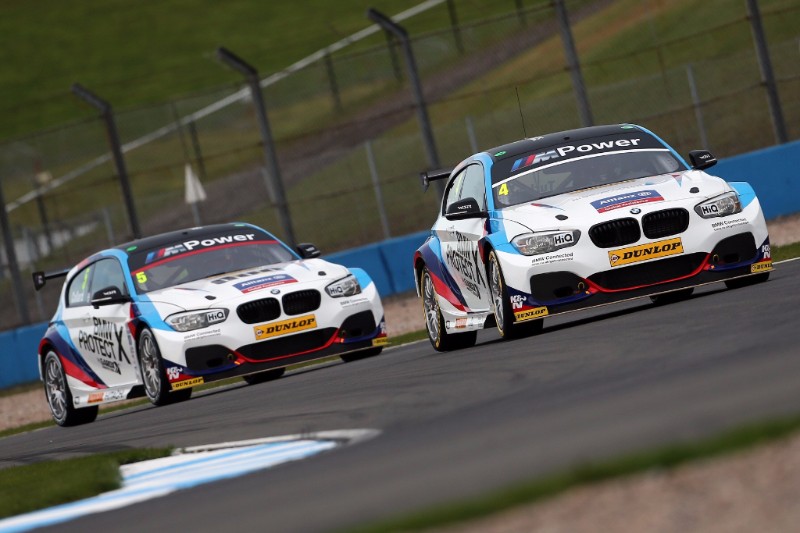 West Surrey Racing boss Dick Bennetts has praised the work of BMW’s engineering department after their new-for-2017 B48 engine package completed the entire British Touring Car Championship season with one unit on each car.

As part of their tie-up with BMW as a manufacturer entry, the three-car BMW 125i M Sport outfit were equipped with the B48 to improve straight line speed issues that had frustrated the team beforehand.

In the hands of all three drivers it became a race winner, with Colin Turkington narrowly missing out on the overall Drivers title to Subaru’s Ashley Sutton.

Bennetts also revealed the team has already started making improvements to the package ahead of 2018, focusing particularly on the suspension and geometry of the car.

“We’ve done some work under the bonnet; also suspension and geometry which we had a play with after the championship. It’s risky doing it at a race weekend when it takes more than 30 minutes.

“The straight line speed is better now and the characteristics of the engine also, but we only ran one engine all season. We decided to keep an eye on everything all year, yet didn’t pull it apart.

Impressively, he also revealed the engine completed the arduous 30-race calendar and only lost a single unit of horsepower in the process.

“The higher revs were killing the engines. We were only worried about reliability, but that only let us down once at Snetterton. That wasn’t actually the engine – more a WSR part. We found the cause very quickly and it never happened again. It’s a bit more pressure with manufacturer support, but the way I work anyway is that I want to do well all of the time.”

The team were able to confirm their driver lineup ahead of the Autosport International Show, naming an unchanged line-up of Turkington, Rob Collard and Pirtek-backed Andrew Jordan.

Bennetts expects a sophomore season with the trio to speed up the rate at which they work, having familiarised themselves with one another as a unit in 2017.

“They get to know how we work and they now know how we work, which makes the team gel better.  Colin knows how we operate, Rob knows too and AJ on his second year will be good. It’s the first time I’ve had three drivers signed up so early. We tend to know their driving styles now, so it will speed everything up this year.”