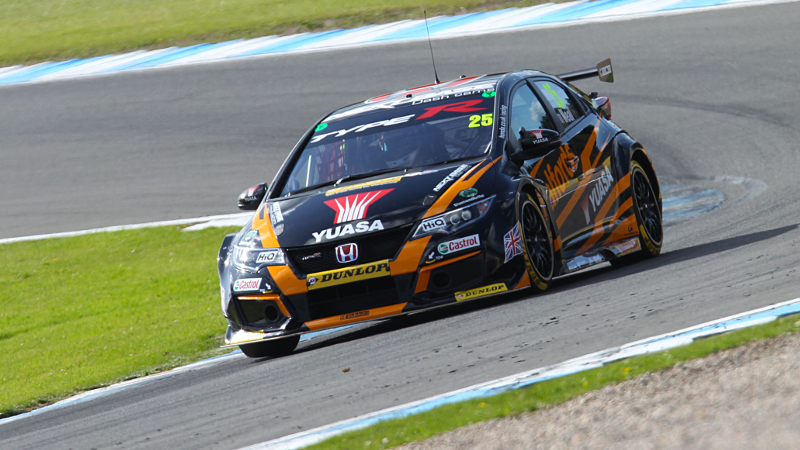 Honda’s Matt Neal is eyeing up his 60th victory in the British Touring Car Championship at Thruxton this weekend, having previously won on four occasions at the high-speed venue.

Neal heads to Thruxton eighth overall in the drivers’ championship standings, with just under half the tally of championship leader Tom Ingram.

The triple champion has won four times at Thruxton in the past, whilst team-mate Gordon Shedden has stood on the top step on seven occasions, making the track a favourable one for the Honda machinery.

“I always enjoy going to Thruxton,” said Neal. “It’s something of a ‘home’ event for Halfords Yuasa Racing, so we invariably receive a lot of support and whilst we suffered a bit of a rough ride there last year, we’ve traditionally gone well and I’ll be relatively light on ballast too, which will help.”

Neal explains that slipstreaming will be crucial around the airfield circuit, with teams and drivers having to play a tactical game to rise to the top.

“It’s the quickest circuit in the country and you really need to hang on – not to mention hang it out – around some sections of the lap.

“It’s like a fast-paced game of chess, and considering the speeds reached it tends to generate extremely close racing with plenty of slipstreaming and overtaking opportunities.”

Neal has also set himself the target of drawing level with BTCC legend Andy Rouse on the all-time winners list this weekend.

“The aim, as ever, is to come away from the weekend with a big points haul – and I quite fancy taking my 60th BTCC win, too…”