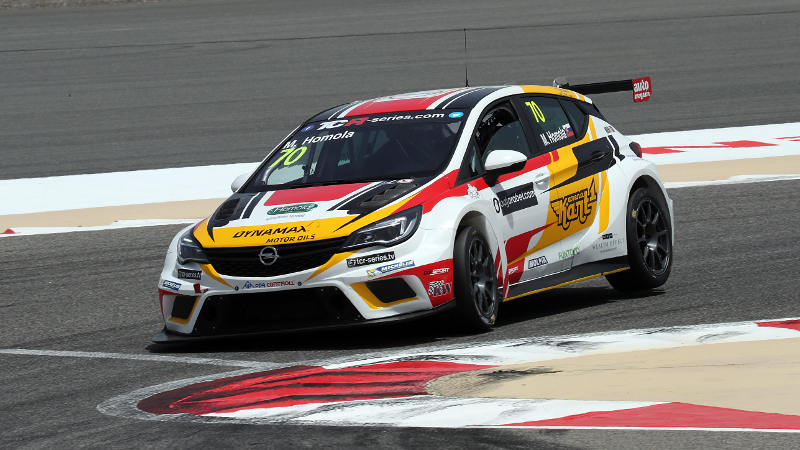 A late adjustment to the Balance of Performance [BoP] in the TCR International Series will see the Opel Astra cars forced to run at 95% of their full power output.

The Astras, which were already the second heaviest cars on the grid after the BoP testing in March at the Adria International Raceway, have been the dominant cars in Bahrain.

Both Mat’o Homola and team-mate Pierre-Yves Corthals were fastest in their DG Sport Compétition cars in qualifying, securing the top two times in both sessions.

As a result of their unexpected performance, both cars have now seen a power reduction of 5% ahead of race one in less than an hour.

The Audi RS3 LMS and SEAT León TCR cars which use a DSG gearbox have also both been granted a 10 mm ride height decrease ahead of the races in the Middle East. In practice this will only affect the car of Duncan Ende, who was the slowest of all in qualifying.