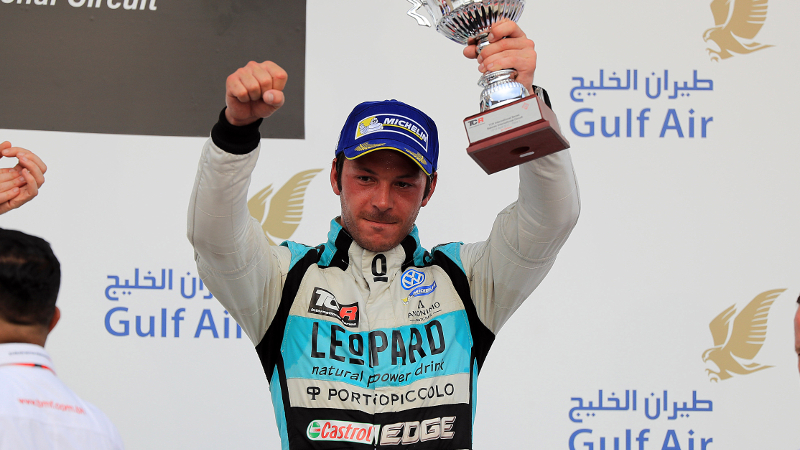 Jean-Karl Vernay says that he needs to work on his starts in the TCR International Series, after the Leopard Racing driver dropped a place on the opening lap of race one and subsequently endured an eventful first lap.

The Frenchman was embroiled in a first lap battle with the Alfa Romeo of Dušan Borković, with the duo making contact half-way around the opening lap which resulted in Vernay briefly dropping to seventh.

In the end a retirement for the GE-Force Alfa of Davit Kajaia ahead moved Vernay up a position, before he made a double pass on both Borković and the Opel of Pierre-Yves Corthals on the penultimate lap to secure the final podium position.

“My start was just terrible, so I need to work on my coordination because I’ve been struggling with that for a few months now,” said Vernay. “I was lucky not to spin on the first lap, but after that I tried to be a little bit calm.

“We had a small engine problem, as sometimes there was no power when I was back on the throttle.

“I lost a lot of time behind Borković because he did a good race and was quite fast on the straights so the only way to overtake him was to wait for a mistake and in the end it happened.”

Vernay becomes the joint championship leader together with race winner Roberto Colciago, and he believes that the podium result was a hard-earned reward for his tenacity in the race.

“I think we deserved the result – my team did a great job and the car was really, really quick so let’s see how we do tomorrow.”

Mikel Azcona: CUPRA ‘really good’ in the wet, but ‘struggles’ in the dry

Mikel Azcona: CUPRA ‘really good’ in the wet, but ‘struggles’ in the dry