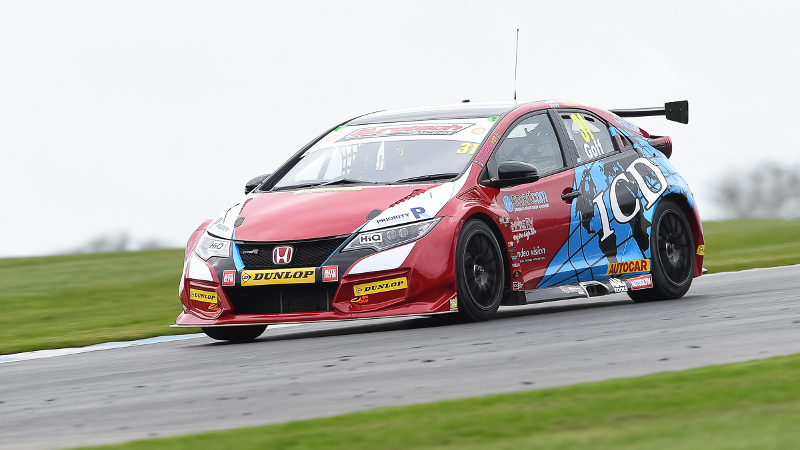 Goff, who set a fastest lap time of 1:09.876 in the Eurotech Racing Honda Civic Type R towards the end of the session, spent the majority of the running lapping consistently in a likely attempt to simulate race conditions.

Team.HARD continued their early form with Hill in second, whilst team-mate Mike Epps backed up his earlier pace in sixth in the Volkswagen CC.

Current championship runner-up Tom Ingram came within 0.008 seconds of the top spot but ultimately had to settle for third after setting the largest number of laps in the field.

Practice one pace-setter Rob Austin came fifth, with Chris Smiley, Aiden Moffat and Ollie Jackson rounding out the top ten in the classification.

Only Luke Davenport encountered issues during the forty-minute session, spinning his Motorbase Ford Focus ST at the Old Hairpin before recovering to the pit lane under his own power.

Subaru endured another challenging session, with James Cole the highest placed of the four Subaru Levorg GT runners in 17th.

BMW disguised their true form and similarly ranked in the midfield, Colin Turkington the fastest in 15th as all three West Surrey Racing BMW 1-series’ ran in tangent.

The second qualifying session of the season gets underway at 15:40.