TCR Middle East champion to be crowned in Bahrain 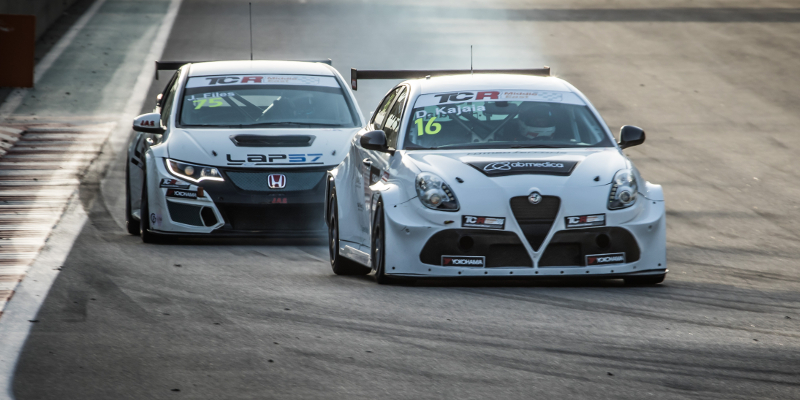 The TCR Middle East Series will conclude at the Bahrain International Circuit this weekend, as four drivers vie for the inaugural title.

The championship will run on the short configuration of the Bahrain circuit for its finale, with drivers racing around the 2.55 km inner circuit.

In the hunt for the inaugural title are Liqui Moly Team Engstler’s Brandon Gdovic (67 points) and Luca Engstler (61 points), who were victorious in the opening meeting in Dubai.

Josh Files joined for the second event in Abu Dhabi with the Lap57 team and immediately was victorious, winning both races to jump up to third in the championship standings on 55 points.

Also mathematically in with a shot at the title is fourth-placed Davit Kajaia, who is on 40 points. The Georgian racer is at the wheel of a Mulsanne Racing Alfa Romeo Giulietta TCR, and twice finished in second behind Files in the last meeting.

Gdovic will have the third heaviest car at 1,295 kg with 10 kg of success ballast, whilst Engstler will be running on the minimum weight of 1,285 kg and thus have the clear advantage over his rivals.

Elsewhere, Giacomo Altoe switches from Top Run Motorsport to Liqui Moly Team Engstler, getting in additional mileage ahead of the Italian’s first full season in TCR International with WestCoast Racing.

Qualifying will take place on Friday, whilst the final two races of the short season will be run on Saturday 11 March.