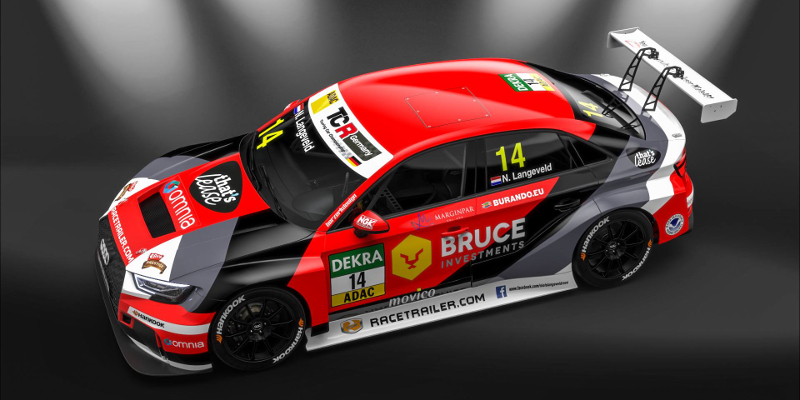 Dutch racer Langeveld won the SEAT León Eurocup in 2016 with five victories for Baporo Motorsport, and now the 29-year-old will move up to the competitive TCR Germany Series for 2017.

At the same time, the Racing One outfit, who ran a Volkswagen Golf GTi TCR in the 2016 championship, will switch to an Audi RS3 LMS for 2017.

Langeweld revealed that he had been given several offers to drive for the 2017 season, after his success in the SEAT León Eurocup in 2016 and having secured the BeNeLux Renault Clio Cup the year before.

“It’s wonderful that I’m so popular”, said Langeveld. “It allowed me to take a well-considered decision. In the end I chose to take part in ADAC TCR Germany, driving for the Racing One team.

“[It is] a fantastic championship with a huge field of 44 cars, and a team that is ready to go for the title with an Audi RS3 LMS TCR. The series and the car as well as the trust and involvement that I encountered from Racing One right from the start helped to settle the matter. I’m very much looking forward to it.

“It’s good to know that my performance was duly noticed. This resulted in a multitude of talks, some very difficult decisions, and a plan that slowly came to fruition. You can only choose once, so I wanted to be absolutely sure of making the right choice.”

Langeveld added that a visit from the German Racing One team to him in The Netherlands helped to seal the deal for the forthcoming season.

“That was one of the things that clinched it for me”, he added. “Racing One really showed that they wanted me. With them, I know the team is fully committed to the challenge.

“I’m from the same mould, both passionate and professional. I’m confident of strong results against cars from brands such as Honda, Seat, Volkswagen and Opel.”

The ADAC TCR Germany Series season kicks off at Motorsport Arena Oschersleben on the 28 – 30 April 2017.