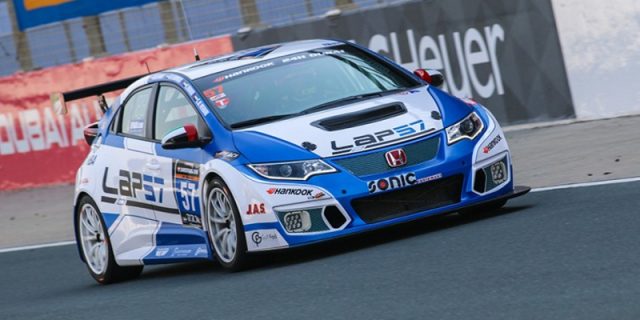 Files dominated the ADAC TCR Germany series in 2016, and has yet to announce his plans for the forthcoming season. The Brit is known to have been looking towards both the World Touring Car Championship and TCR International Series.

“I am very happy and excited to have the opportunity to compete in the TCR Middle East Series with team Lap57 in the next round at Yas Marina Circuit,” said Files.

“It’s a new team, new track and new competition for me, yet I bring with me a great deal of confidence as I will be back behind the wheel of a JAS-prepared Honda Civic TCR car once again. As a result, I will be pushing very hard to try to continue my winning ways.”

26-year-old Files will be joined by United Arab Emirates racer Mohammed Al Owais, who has a strong reputation in racing in the Middle East, as well as competitions at the Nürburgring and Dubai 24 Hours.

The second round of the TCR Middle East series takes place at the Yas Marina circuit on 11 February.