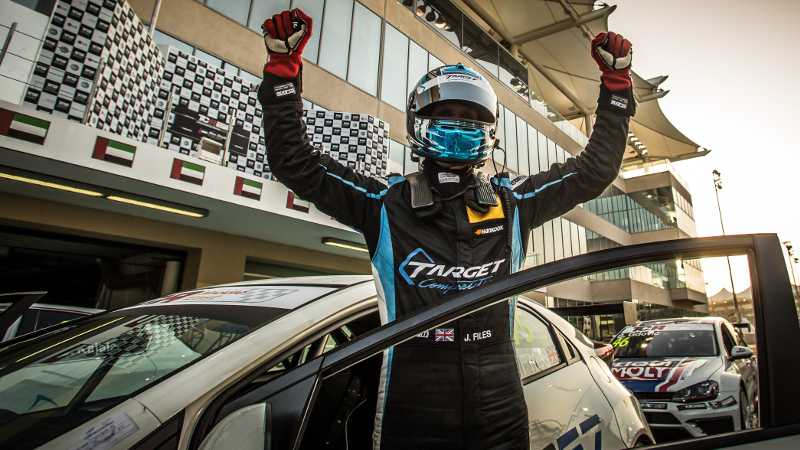 Josh Files followed up his victory in race one of the Abu Dhabi TCR Middle East event on Friday with another victory in Saturday’s second race, immediately moving the Brit up to third in the drivers’ championship.

Despite starting the race from the ‘back’ in seventh, Files was dominant in the second race, moving into the lead after just six turns on the opening lap of the race.

The Brit didn’t look back thereafter and took a comfortable win ahead of the Mulsanne Racing Alfa Romeo of Davit Kajaia, who again took second.

Liqui Moly Team Engstler’s Luca Engstler completed the podium in third, ahead of team-mate Brandon Gdovic, with whom he made contact on Friday, in fourth. The team’s third car, run for Stefan Goede, complete the finishers in fifth.

Files’ team-mate, UAE racer Mohammed Al Owais, started the race from third on the grid, but the Lap57 driver stalled at the start and ultimately retired from the race.

There were once again technical issues for Top Run Motorsport, who had to push the Subaru of Giacomo Altoè back into the pitlane before the race even began. The issue will come as a huge disappointment to the Italian team, who had earlier guided the youngster to a podium finish on Friday.

The season finale for the TCR Middle East Series takes place at the Bahrain International Circuit on the 9th and 10th March.