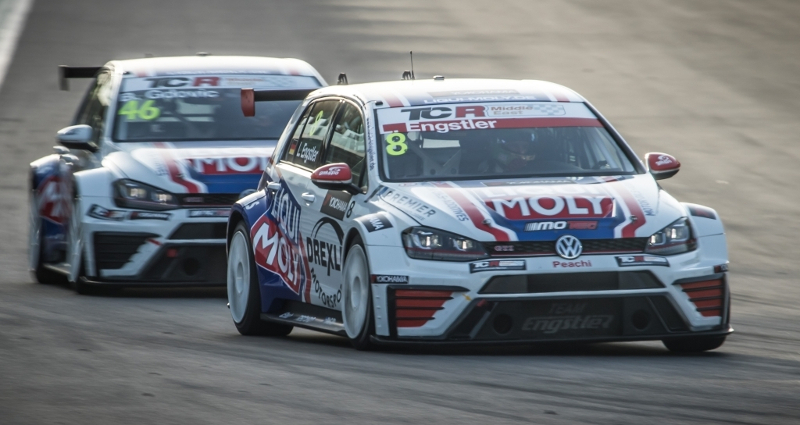 The Wiggensbach-based team had already confirmed that Luca Engstler, the son of Team Principal Franz, was to drive one of its Volkswagen Golf GTi cars in the forthcoming season.

Also confirmed were Danish duo Kristian and Roland Poulsen, with the brothers making their début in the series in 2017.

Amongst the new announcements are 31-year-old German Stefan Goede, who is currently racing for the team in the TCR Middle East Series, having previously competed in the BMW 325 Challenge.

Swiss racer Florian Thoma joins the team having previously competed in karting, with the 21-year-old also having tested in Formula Renault.

22-year-old American Jason Wolfe has previously tasted success in the Pirelli World Challenge in the USA.

“We really have a great cast for the ADAC TCR Germany Series,” said the team’s Sport and Marketing Director Kurt Treml. “Our young drivers can certainly benefit from their team colleague Kristian Poulsen. He is already an old hare in the touring car racing sport and has already gained international success in our team.

“We are delighted about this great team and the challenge in the ADAC TCR Germany.”

The 2017 TCR Germany Series begins at Oschersleben on the 28th April.