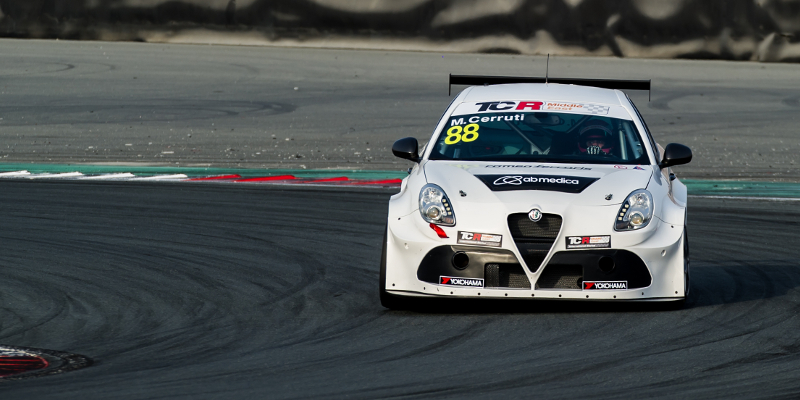 Davit Kajaia will get behind the wheel of an Alfa Romeo Giulietta TCR next weekend in Abu Dhabi, as the Georgian joins the TCR Middle East series grid with Mulsanne Racing.

Kajaia took part in his first season of racing in TCR last year, competing with Liqui Moly Team Engstler in the TCR International Series at the wheel of a Volkswagen Golf.

The 33-year-old will now make his Middle Eastern début as he takes the wheel of the car which Michela Cerruti took to a podium finish in the championship last month.

“I was very impressed by both, the car and the team,” said Kajaia, who took part in a private test with the team in Dubai. “I liked the Giulietta very much. It is easy to drive and provides a good feeling. I felt very comfortable at its wheel and it was like I had driven it before.

“On top of this, the team proved very friendly and professional. The car has a great potential as it was proved by Michela Cerruti’s second place in Dubai. I am confident I can fight for podium positions in Abu Dhabi.”

The second of three rounds of the TCR Middle East Series takes place at the Yas Marina circuit on 11 February 2017.