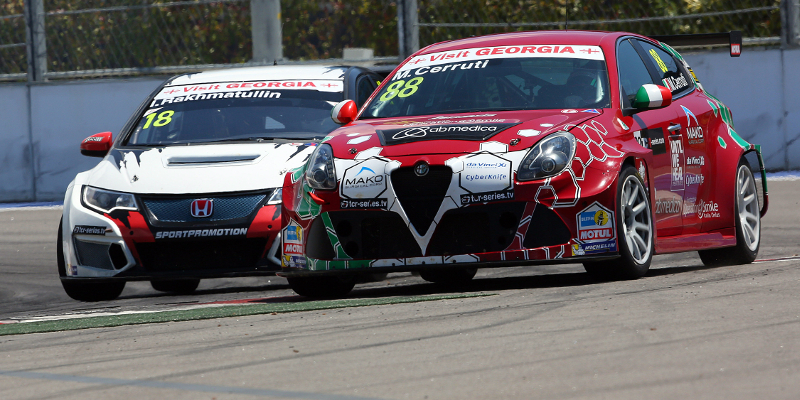 Michela Cerruti will return to racing after six months away next week, when she contests the first round of the TCR Middle East series in Dubai.

The 29-year-old Italian had missed the second half of the 2016 season after suffering from renal colic, resulting in her missing all of the Asian rounds of the TCR International Series.

Car builder Romeo Ferraris have continued to develop the Alfa Romeo Giulietta TCR which Mulsanne Racing will run in the desert.

“There were many things that were possible to develop, in the chassis, suspension, electronics and so on,” explained Team Manager Claudio Bortoletto. “We tested the updated car at Vallelunga before Christmas and were very happy with the lap times.”

The car has been previously running with a smaller engine than its rivals, which has been compensated for in the Balance of Performance [BoP] regulations. However, with a larger engine now available in the Alfa Romeo family, the car is set for a big upgrade.

“Now we need to replace the 1.7-litre engine with the new 2-litre from the Giulia, and we expect to do it by March,” added Bortletto.