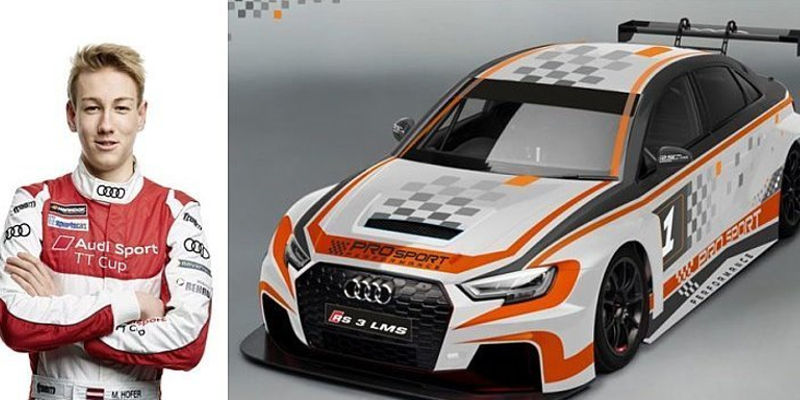 17-year-old Hofer finished seventh overall in the TT Cup in 2016, with consistency proving to be one of his strongest points as he finished 13 of the 14 races with a best result of third.

Hofer, who is from Perchtoldsdorf near Vienna only sampled racing cars for the first time at the end of the 2015 season, when he took part in the final round of the ADAC Formula 4 season.

“I cannot wait to compete with the Audi RS3 LMS and compete with all the opponents in this great series,” said Hofer, who will line up alongside team-mate Sheldon van der Linde. “My team and I are confident that we will have a successful season in 2017.”

ProSport Team Principal Chris Esser believes that the team’s young and talented driver line-up for 2017 will deliver strong results, as the team makes its TCR début.

“We have created an excellent framework for our TCR project early on,” said Esser. “I have wanted to work together with technology boss Manfred Wollgarten, who has a lot of experience from different single-make Cups, for a long time.

“TCR is an aspiring class that has its future ahead of it. It will be interesting to work with two young junior pilots and new cars. We start virtually from scratch. I am optimistic that we will be successful.”